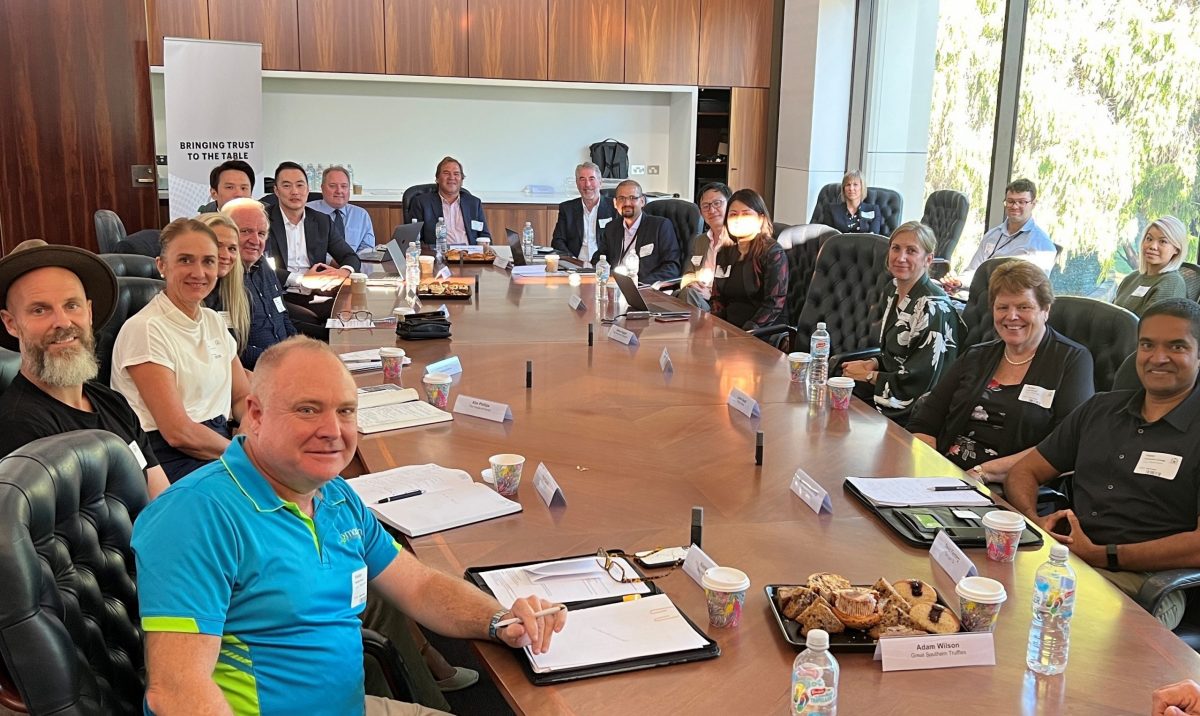 On Tuesday 3 May 2022, key stakeholders in Western Australia’s food production system gathered at Hale House in Perth to discuss ways to expand export opportunities for the sector.

Representatives of WA DPIRD, Peel Development Commission and the Shire of Murray as well as export-ready WA food and beverage producers contributed to the spirited roundtable discussion that followed.

The producer contingent included Adam Wilson, CEO of CRC industry partner Varona Fine Foods/Great Southern Truffles, and representatives of  The House of Honey, Frothin’ Coffee, Magnum Essence and Wide Open Agriculture. Several of them are a part of The GrowHub’s contingent of Australian premium food and beverage suppliers and WA FFN’s online Connectory.

Innovating for the ASEAN market

Discussion focused on the trading landscape for Australian food and beverage producers across the ASEAN region, notably Singapore, and on how WA producers could use digital tools, including QR labels and blockchain-enabled smart trade platforms, to add value to their products in these markets.

One way of progressing such projects is by utilising the state-of-the-art facilities and expertise offered by FIPWA’s $10 million-dollar Food Technology Facility (FTF), which will operate from within FIPWA. Tenants of the facility include The GrowHub and Murdoch University, which will participate in R&D collaborations at the FTF, including new product development and testing, in partnership with the Future Food Systems CRC.

It is expected that this roundtable discussion will help to progress a pilot initiative between Australia’s Future Food Systems Cooperative Research Centre (CRC), FIPWA and supporters of the initiative including Murdoch University, The GrowHub and GS1.

A follow-up workshop is being planned to take place in Canberra in June.

The roundtable was the first of a 12-month series of Science Meets Business events organised by the WA Food Innovation Precinct and Future Food Systems CRC. Other backers of the event included GS1, The GrowHub, Murdoch University and the WA Future Food Network.