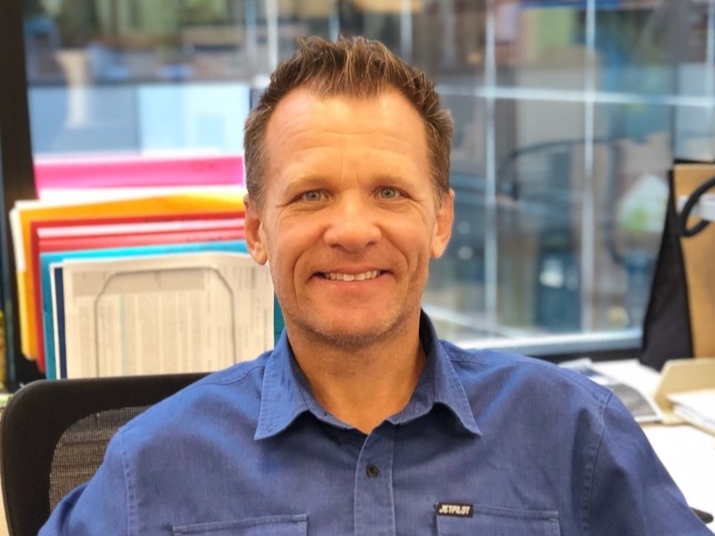 Craig Shephard is a Senior Researcher within the Applied Agricultural Remote Sensing Centre (AARSC) at the University of New England (UNE) in Armidale, New South Wales. He has more than two decades’ experience in mapping landscape attributes – in particular, land cover and land use.

Before joining AARSC, Shephard led the Queensland Land Use Mapping Program within the state government’s Department of Environment and Science. Here, he managed a team of scientists who used remote sensing and field survey techniques to compile mapping products detailing land-use and land-use change.

It was during this time that Shephard began what would prove to be a fruitful collaboration with the AARSC. He and AARSC Director Professor Andrew Robson joined forces to deliver the ‘Multi-scale monitoring tools for managing Australia’s tree crops’ project, led by Prof. Robson and involving input from numerous project partners, stakeholders and industries.

Together, they built the first national map of avocado, macadamia and mango orchards, published in 2017.

The success of the first tree-crop mapping project led to a second project, updating the original map and additionally including citrus, banana and olive crops.

That collaboration forged a working relationship that led to Shephard becoming a full-time member of the AARSC mapping team, based in Brisbane.

“The work was so enjoyable, and it laid a pathway for me to join UNE,” he recalls. “It’s the perfect environment in which to apply R&D – all focused on delivering valuable outcomes for industry. My research role at university is so supportive and agile. It has been fantastic.”

Alongside his work with AARSC, Shephard is an active contributor to the ABARES-coordinated Australian Collaborative Land Use and Management Program (ACLUMP).

AARSC’s work mapping tree crops has since been extended to include other land uses, notably protected cropping systems.

“Engaging with stakeholders is essential in building an accurate map,” Shephard says. “Anyone can contribute and add to our database using the location-based tools within our industry applications gallery. They can also provide feedback directly on the map as comments, including specifying the locations of new and future crops.”

The phenomenal growth in horticulture tree crops since that initial mapping project has raised a further challenge, Shephard says: updating the map with new crops that can’t be mapped with satellite imagery alone. “We’re overcoming this through industry engagement,” he says.

And the work doesn’t stop with mapping tree crops and PC facilities. “The maps we build spatially enable Australia’s horticulture industries, but there’s so much more to follow,” Shephard says.

“We’re working hard to deliver additional location-based tools to further support industry and get more spatial information – and tools to analyse it – into the hands of growers. By hands, I mean on their devices: mobiles, tablets or at their desktops. Using web-enabled GIS, we’re able to share these maps in a web browser.”

The team’s work won ‘Best Dashboard Map’ award at the 2021 Esri International User Conference – a career highlight for Shephard. “Having our work recognised by peers on the global stage in front of more than 70,000 delegates is something I’m very proud of,” he says.

Shephard’s also keen to explore other research areas, including “supporting industry with location-based tools (apps) that enable anyone to realise the power of spatial information,” he says. “It would also be great to extend our work to include other agricultural commodities across Australia.”

“I feel fortunate to work with a great team, engaging with supportive industries, and all the while doing what I love: mapping.

“When I’m not at my desktop mapping, I love to cycle, especially in the hills around the Gold Coast hinterland. O’Reilly’s is a favourite. I mountain-bike, too.

“I’m also fortunate to have travelled plenty. A recent highlight was a 10,000+km road trip from home to the Kimberley via Darwin and back via the Tanami Desert – highly recommended. I’m still getting red dust out of my Hilux!”

From geography to GIS technology

Shepard’s love of mapping work stems from a longstanding interest in geography that led him to seek a BSc, majoring in Environmental Science and Geography, from Macquarie University in Sydney.

“My undergraduate degree was so broad, I could have pursued a career in anything from a park ranger to a town planner,” he recalls. “But it was the spatial science I enjoyed most.”

The initial impetus to work with Geographic Information System (GIS) technology: “I can recall it vividly,” Shephard says. “I was in the computer lab in second year, undertaking the GEOS264: Geographic Information Systems unit. Working from a Unix command line (running PC Arc/Info), I built my first-ever land use map, with a supervised classification of Landsat satellite imagery. I still have the coursework! I recall really enjoying it — that’s where my passion for spatial sciences began,” he says.

“After graduating, I was fortunate to begin my career with the Queensland Government, with the then Lands Department. I learnt so much from my colleagues, all cartographers, compiling mapping products for Queensland. These skills still show true today, though we can now build maps at multiple scales (not just an inset, as it was then), and can update and deliver the information via the web to anyone on any device – amazing.”

Shephard’s research focus since has been on applying web-based Geographic Information System (GIS) technology to real-world challenges, with location the common framework for integrating data that can be used to inform decision-making at multiple scales.

“Having the capability to deliver spatial information via web-GIS has opened the power of spatial data to anyone, using virtually any device,” he explains.

Specialising in the Esri platform, Shephard applies a range of location-based tools, such as Survey123 and ArcGIS Collector to capture spatial data; analysing and compiling mapping products in ArcGIS Pro; and using ArcGIS Online and Web App Builder for ArcGIS to deliver spatial information via an ever-growing array of web apps.

A selection of these can be launched from the AARSC Industry Applications and Maps page.

For more information on Shephard’s research work and published academic papers, view his UNE profile or Linked In page.