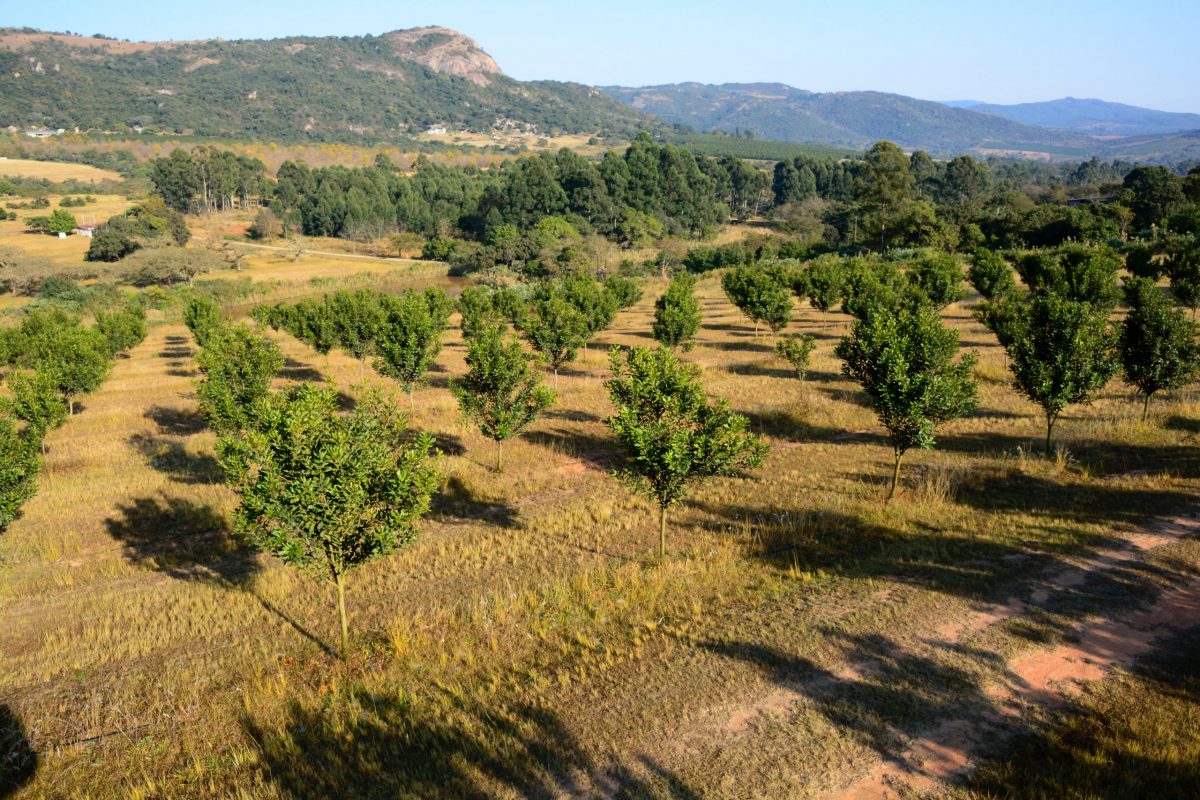 Although macadamias are indigenous to Australia, South Africa’s production area significantly outstrips that of the macadamia’s homeland.

As South African production continues to rapidly expand, industry body Macadamias South Africa (SAMAC) has turned to AARSC to help map the distribution of the industry and quantify its area.

“Over the past seven years of collaboration with the Australian macadamia industry, we’ve established the methodologies to deliver the national mapping of orchards and improved yield forecasting, both key outputs requested by SAMAC,” said AARSC director, Professor Andrew Robson.

“Our challenge will be to map the new plantings, although they cannot be mapped with satellite imagery alone. Using location-based tools we can engage industry stakeholders to contribute to the map. “

South Africa has more than 50,000 hectares of macadamia plantings that in 2021 produced 53,600 tonnes of nut in shell (NIS) – almost all of which is exported. More than 5000 hectares are added to the country’s capacity each year.

Thanks to previous work by AARSC to map Australia’s macadamia industry, the Australian Macadamia Society (AMS) now knows almost to the hectare the size of industry at local and national scales, and is using research and development provided by AARSC to better understand tree health and yield potential.

In South Africa, where SAMAC has only been able to gauge recent growth through nursery sales of trees, the industry’s real size is unknown.

There are about 350 emerging growers who currently have much smaller orchards than established commercial growers, Dr Strydom says, and although they don’t produce the volumes commercial growers are able to yet, it is very important to include them in the count.

And new orchards are appearing in areas like the southern and Western Cape, south of what are currently the main production areas in the Limpopo, Mpumalanga and KwaZulu-Natal.

“With the predicted exponential increase in macadamia production globally in the coming years, we need accurate figures for planning purposes so that SAMAC can stimulate sufficient demand for our product,” Dr Strydom says.

“We’re hoping that AARSC will be able to replicate its work with the Australian macadamia industry, and produce a map indicating the location and extent of all macadamia orchards in South Africa, together with tree age distribution and yield forecasts.”

“This will not only inform crop forecasts, but also support our understanding of industry demographics, biosecurity preparedness and response, and research and development programs.”

AARSC won the Australian Macadamia Society’s (AMS) 2021 Innovation Award in recognition of a seven-year partnership between research and industry that produced a world-first continent-wide map of macadamia orchards and is now delivering technologies to improve yield forecasting.

AARSC’s mapping has delivered some unexpected benefits, like a rapid assessment of how the 2019 bushfires affected macadamia orchards on Australia’s east coast, and a platform to quickly analyse potential impacts from natural disaster events including severe storms and cyclones.

“It’s been an absolute pleasure working with AARSC,” AMS chief executive Jolyon Burnett said when handing out the award.

“They are one of the most industry-focused research groups that have ever engaged with us. They have maintained a proactive approach, always looking to add value to what we’re trying to do.”

Prof. Robson says the SAMAC invitation, which was initiated after a recommendation from AMS, is an opportunity to further apply and develop AARSC’s research for supporting tree crop industries globally.

“We’re fielding a growing amount of interest from around the world in using remote sensing to quantify tree crop distribution and for improved forecasting of production,” he said.

“Global supply chains are coming under increasing stress from biosecurity threats and an increasingly variable climate. Therefore industry bodies are looking for the information we can provide to boost their understanding of their industry and its capacity to meet demand under changing circumstances.”

This article first appeared on the UNE News section of UNE’s website on 1 March 2022. It has been republished here courtesy of UNE Media with minor editorial modifications. View the original story.