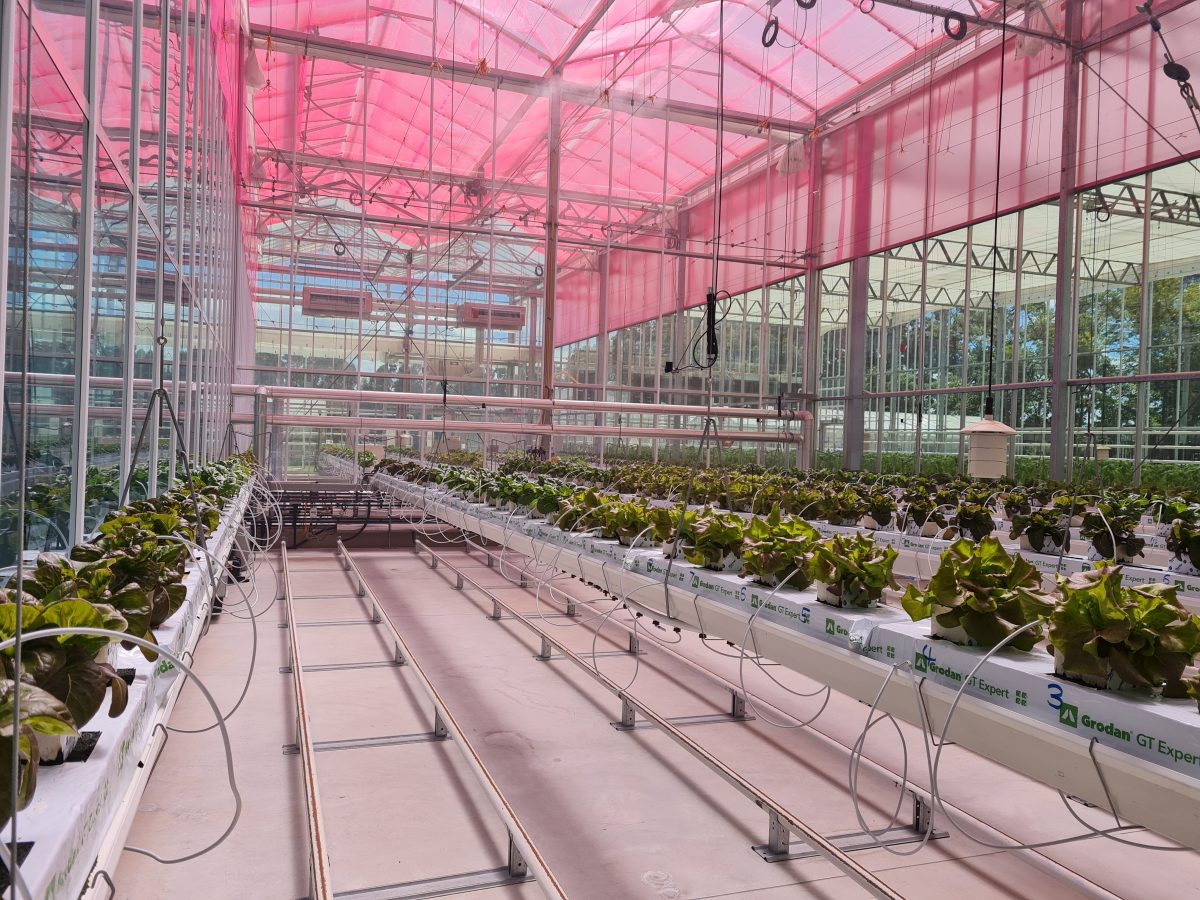 CRC projects in which crop scientists at Western Sydney University’s Hawkesbury Institute for the Environment trial new ‘light-spectra-shifting’ films on various edible crops were the focus of a recent segment on ABC’s Landline.

Right now, the company’s prototype LLEAF-Red film is being trialled on various horticultural crops in a slate of CRC projects with crop scientists at Western Sydney University.

LLEAF-Red film is being used to cover blueberries as part of a CRC project with WSU scientists and NSW DPI looking at ways to increase the nutritional potency and yield of berries grown in polytunnels. Meanwhile, CRC-WSU projects with Hort Innovation and LLEAF are trialling lettuce and eggplant crops under LLEAF-Red within what is arguably Australia’s most sophisticated experimental greenhouse: the 1,600sqm, state-of-the-art, Netherlands-designed facility at WSU’s Hawkesbury Institute for the Environment.

Initial findings from these projects are guiding the development of a third LLEAF prototype, dubbed LLEAF-purple. This latest iteration, like its predecessors, aims to further optimise the PAR reaching crops grown undercover so that their growth, yield and nutritional potency matches or exceed that of their field-grown counterparts.

LLEAF has already had interest in its prototype film from commercial enterprises in eight countries.