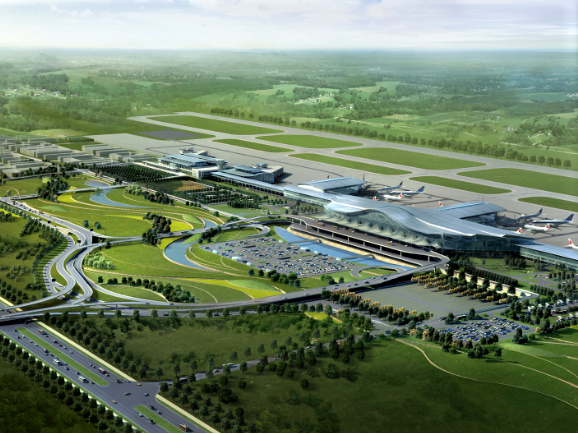 The Western Sydney Agrifood Mapping and Analytics project will contribute to the evidence base for specialised food-industry clusters in the region.

The region’s original Aboriginal inhabitants were displaced by European-run farms from 1788, and for the next century, the area grew steadily, with land used primarily for logging, sheep, cattle and crop farming and market gardening. By the late early 1900s, improved access by rail and road led many industries to shift operations ‘out west’.

Today, the region has substantial residential, rural, industrial, commercial, institutional and military areas as well as national parks, waterways and parklands. Various highways and motorways, numerous public transport links, several ferries and three existing airports, at Bankstown, Camden and Katoomba, connect it with Sydney and beyond.

The new Nancy-Bird Walton (Western Sydney International) Airport and surrounding Western Sydney Aerotropolis will be a game-changer for the region. The area is destined to become a thriving economic hub, delivering around 200,000 new high-skill jobs across aerospace and defence, manufacturing, healthcare, freight and logistics, agribusiness, education and research to the heart of the Western Sydney region.

According to the Western City & Aerotropolis Authority (WCAA), the Authority will ‘leverage the opportunities presented by the new airport to deliver NSW produce and value-added food to global markets’, creating ‘a 36-hour farm-to-plate food supply chain’ and delivering ‘a world-class Integrated Intensive Production Hub and a state-of-the-art Integrated Logistics Hub’.

Developing an agribusiness plan for the Aerotropolis

The CRC’s ‘Western Sydney Mapping and Analytics’ project, the first stage of which commenced on 1 June 2020, entails developing a detailed database of the local food-supply industry – growers, food factories, retailers, service providers – in the area surrounding the planned new airport.

With supp0rt from Liverpool City Council, a team of experts in data analytics, spatial mapping and urban planning at University of New South Wales’ City Analytics Lab and City Futures Research Institute are collecting data from an array of sources, which they will use to produce multi-layered spatial maps and industry growth scenarios for the region.

The resulting database and interactive maps will provide the evidence base and tools required to help industry, government and community stakeholders develop shared goals for a smart, sustainable advanced food-industry cluster in the region, says CRC CEO David Eyre.

“The Western Sydney Agrifood Mapping and Analytics project aims to help government work with local industry stakeholders to build a shared growth plan and assemble the hard data needed to attract investment,” says Dr Simone Zarpelon Leao, initial project leader (who took a voluntary redundancy under the university’s COVID-19-induced staffing cutbacks and was replaced by UNSW Sydney’s Dr Ahmed WA Hammad). Zarpelon Leao believes that the strengths and skills of the City Analytics Lab are well suited to the task.

“The UNSW City Analytics team works with governments around Australia to help solve complex planning challenges,” she says. “This project is an exciting opportunity to apply our skills and toolkit to the needs of the agrifood and advanced manufacturing sector.”

Three doctoral students – Scientia PhD Claire Daniel, Ripan Debnath and Parisa Zara – are working on the project, based at the City Analytics Lab.

Why is this important?

A central aim of the Future Food Systems CRC is to assist the agrifood industry in building efficient whole-of-value-chain production systems – farms working with processors to produce value-added goods that maximise both profitability and environmental sustainability.

“Every region in Australia has unique strengths and limitations,” explains CEO David Eyre.

“The CRC’s data-driven approach is making it easier for regional stakeholders to identify and build on the most promising specialisations for their specific ‘industry clusters’ and the synergies that can be achieved among complementary firms, for example, renewable energy and water services co-located with food factories and indoor cropping facilities; or, still more specialised, firms manufacturing goods for the health and nutrition markets co-located with firms specialised in growing specific medicinal plants as inputs.”

“As the gateway city to Western Sydney International Airport and the neighbouring Western Sydney Aerotropolis, Liverpool is a city of opportunity,” she says. “There is fantastic potential to advance the region’s agricultural, manufacturing and transport and logistics sectors and create new jobs.

“Visualisation and modelling tools created by the CRC will help us navigate any industry disruptions and share with stakeholders an evidence-based picture of what is possible, to attract further investment and enhance urban design outcomes.”

What are industry clusters?

The industry cluster development model was pioneered by Michael E Porter, who wrote extensively on factors influencing the ‘competitive advantage of nations’. Porter argues that a key to national and regional wealth and advantage is the collective productivity of firms, and the environment that supports them.

Porter’s concept of ‘clusters’ – groups of interconnected businesses, suppliers, related industries and R&D institutions that arise in particular regions or localities – has become a means by which companies and governments can assess the relative competitive advantages of locations and set public policy accordingly. The concept of industry clusters is especially relevant when the objectives extend beyond productivity and wealth to environmental and social sustainability.

What is the state of play with the Aerotropolis?

View these documents via the NSW Government’s planning portal.

The documents were developed by the Planning Partnership, NSW Government and local councils following feedback received through exhibiting the Stage 1 Land Use and Infrastructure Implementation Plan (Stage 1 Plan) for the Western Sydney Aerotropolis.

Planning and environmental approvals were provided for the Environmental Impact Statement and the Airport Plan, both finalised in 2016. The regulator of the Airport project is the Department of Infrastructure, Transport, Cities and Regional Development.

For further information about the new airport and Aerotropolis, check out the following: