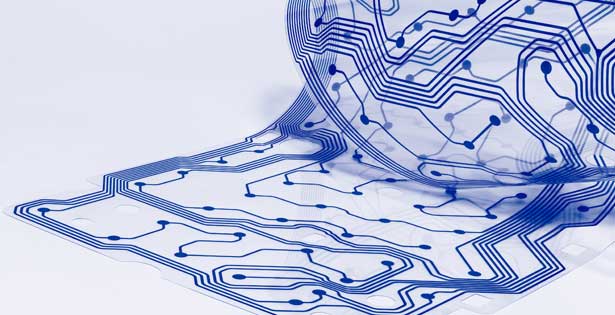 The 422-plus million people on Earth who suffer from diabetes can read all the food labels they like: the information is won’t tell them how a particular food or beverage will impact their blood-sugar levels. Right now, diabetics have no choice but to use the finger-pinprick method multiple times daily in order to monitor these levels and avoid potentially fatal glucose spikes.

This prompted Sharath Sriram, a professor of Functional Materials and Microsystems at Melbourne’s RMIT University, and Peter Vranes, a chemical engineer and CEO of wearable devices company Nutromics, to look at developing a simpler way for diabetics to monitor blood- glucose levels.

Collaborating with Romar Engineering, scientists at Queensland’s Griffith University and the Innovative Manufacturing Cooperative Research Centre (IMCRC), Sriram and Vranes developed a wearable skin patch that not only measures glucose but enables the wearer to ascertain those foods that cause his or her blood-sugar levels to spike – and how this varies from day to day.

The resulting sticky sensor – dubbed the ‘Smart Patch’ –will, they hope, allow diabetics to abandon the pinprick test, identify ‘problem foods’ and streamline their diets accordingly.

The new Smart Patch builds on existing technology known as continuous glucose monitoring (CGM) but is less intrusive: instead of using blood to measure blood-glucose levels, it uses interstitial fluid, which lies just under the skin.

According to Siriam, “it is a bit like Velcro”: just stick on the patch and micro-needles embedded with micro-sensors penetrate the skin just deeply enough to sample interstitial fluid and measure real time biomarkers in your body. Unlike a pinprick, however, this process is completely pain-free.

The device’s primary purpose is measuring glucose spikes; however, the initial impetus was to produce a wearable device that would enable everyone, not just diabetics, to personalise their diets.

Different foods cause different biochemical reactions (such as glucose spikes) in different people – so a food that causes one person’s blood-sugar levels to spike will be tolerated by others, the researchers note.

Recent research has shown that while some foods certainly have higher glycaemic indexes (GI) than others, this is not the whole picture. How quickly a person’s energy levels spike after eating a ‘high-GI’ food product varies.

The Smart Patch not only reads glucose but interprets the data – comparing the level to the foods consumed, then informing the wearer about whether the food consumed was a good choice (green), a poor one (red) or in between (orange) for them.

Unlike CGM, the Smart Patch analyses and interprets the biometric data it collects. So far, the patch measures only blood-glucose levels but potentially, it could also be used for other biometrics.

In the not-so-distant future, the Smart Patch could be used not just by diabetics but by anybody keen to get accurate timely feedback on what food inputs their bodies need, by combining information collected by the sensor-embedded patch with individual data, then analysed to yield personalised read-outs that enable wearers to make food and beverage choices tailored to their specific biochemical makeup at a given time.

Siriam and Vranes are in the process of making the patch predictive – able to amass sufficient data on an individual to ‘know’ what foods are healthy for them and enabling the wearer to, say, scan a food label and get an instant indication of whether that food is healthy or unhealthy for them, given their current biochemical condition.

Right now, they’re working with Nutromics to commercialise the patch and make its smart electronics cost-effective for Australian producers and consumers.