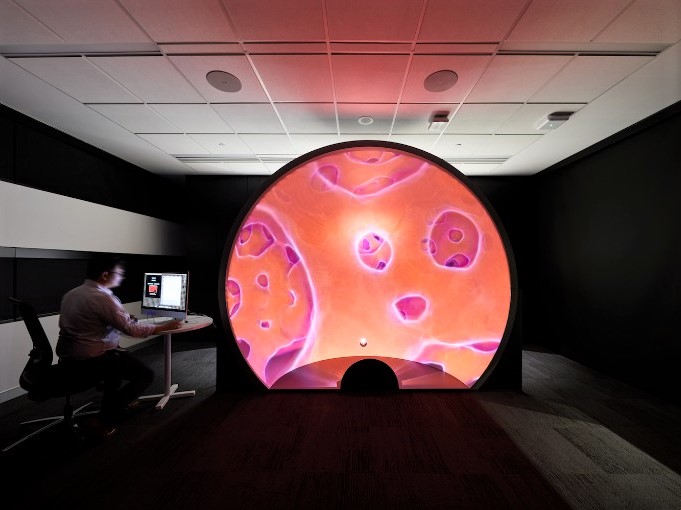 Revealing specific links between better nutrition and better health has proven difficult – or has done until early in 2020, when a global team of world-leading scientists made a breakthrough in understanding how individuals react differently to the same diet.

On the back of that game-changer, the scientists developed a five-minute, simple-to-administer urine test able to capture a person’s unique ‘nutritional fingerprint’. By testing, then analysing the urine of study participants following specific diets, they found that they could ascertain ‘healthy’ and ‘unhealthy’ metabolic patterns.

Scanning urine samples from large-scale survey populations for unhealthy patterns of metabolites, they were able to pinpoint those in need of dietary intervention.

The findings show that with a quick and simple urine test, we can now predict with some accuracy those at risk of developing some of the world’s most costly lifestyle-related diseases, enabling early dietary intervention and disease prevention.

The team found that the urine of 1,848 US participants fed an identical diet for four days contained different patterns of chemicals, reflecting unique individual responses to the same nutritional inputs.

Analysis was able to tease out several specific metabolites, linked with the ingestion of fructose (fruit sugar); glucose; citrus; red meats; other animal proteins, such as chicken; and alcohol, as well as metabolites associated with particular nutrients, including vitamin C and calcium.

The scientists also found associations between specific urinary metabolites and disease-linked health issues: notably, between sodium and higher blood pressure, and between formate and obesity.

“Through careful measurement of people’s diets and collection of their urine excreted over two 24-hour periods, we were able to establish links between dietary inputs and urinary output of metabolites that may help improve understanding of how our diets affect health.

“Healthful diets have a different pattern of metabolites in the urine than those associated with worse health outcomes.”

In a related study, also published in Nature Food, the ICL and ANPC scientists teamed up with UK researchers at Newcastle University and Aberystwyth University.

In the initial phase of the study, 19 healthy respondents were asked to follow one of four different diets – with the ‘healthiest’ group adhering 100 per cent to the World Health Organization (WHO) dietary guidelines and the least healthy’ group following just 25 per cent of them.

All participants had their urine tested for metabolites using a simple-to-administer five-minute test developed by the core research team. Employing advanced metabolic profiling technology, the researchers generated an individual ‘nutritional fingerprint’ from each sample, in the form of a Dietary Metabotype Score (DMS).

“The metabolic pathways that were activated after each diet were found to be different between people, with these differences relating to blood glucose levels,” explains Professor Jeremy Nicholson, ANPC Director and Pro Vice Chancellor of Murdoch University’s Health Futures Institute, formerly of Imperial College.

“Several of the chemicals that changed in the urine were generated by the gut bacteria, which is consistent with the fact that people have different gut bacteria and that these bacteria can use different foods as fuel.”

The study revealed that, in general, the healthier an individual’s diet, the higher that person’s DMS. Importantly, participants with higher DMS scores had lower blood sugar. They also excreted slightly more calories in their urine.

“The interaction between our genes and environment is complex, and understanding the relationship between our metabolic response [and] diet is key to the prevention of chronic conditions such as obesity, heart disease and diabetes,” said Prof. Nicholson.

Professor Elaine Holmes, Premier’s Fellow and Director of the Centre for Computational and Systems Medicine at Murdoch, says understanding diet’s impact on gut bacteria at the individual level paves the way to new preventative-health strategies.

“Based on the metabolic response to the four different diets, we were able to create a model that can predict the healthiness of a person’s diet. We tested the model in two different populations and compared the chemical profiles to dietary records,” Prof. Holmes told Murdoch University News.

“This model will provide a framework for developing precision nutrition programs aimed at healthy weight loss or maintenance.”

Interview with Prof. Jeremy Nicholson, May 2020