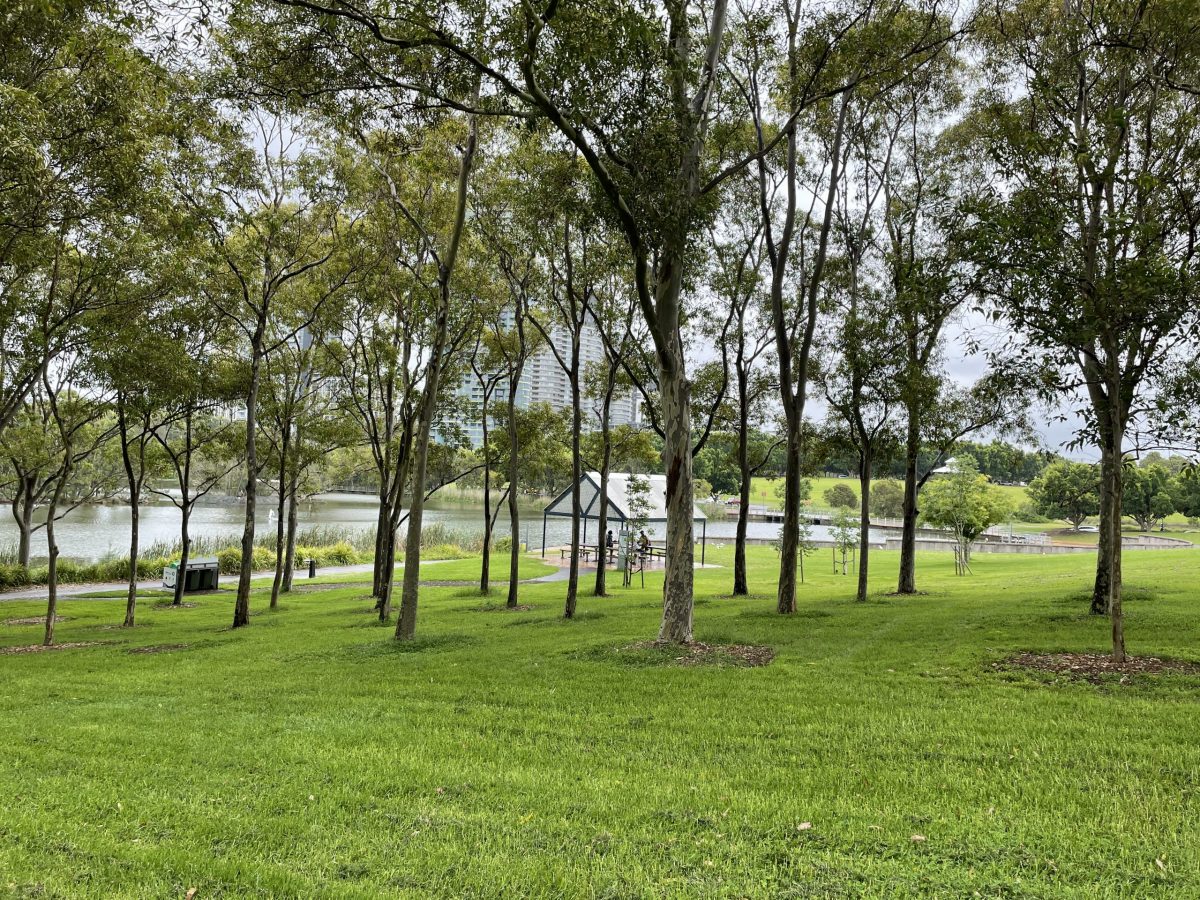 Dubbed SIMPACT (Smart Irrigation Management for Parks and Cool Towns), the Bicentennial Park project is a collaboration between the NSW Government, several universities and private industry, and will utilise artificial intelligence and technology to cool the park’s microclimate for residents and visitors.

The project is supported by a $2.5 million grant from the NSW Government’s Digital Restart Fund. Sydney Water will also contribute substantial funding to the overall project.

Project creator and research lead Associate Professor Sebastian Pfautsch from Western Sydney University’s School of Social Sciences said the project will change how we use recreational spaces in the future.

“For the first time, artificial intelligence will control when and how much water is distributed across an entire park to cool its microclimate,” said Associate Professor Pfautsch.

“The project will use cutting edge science to monitor water use and temperatures, allowing Sydney Olympic Park Authority to optimise their water management and irrigation system.

“With increasingly hot summers, including in Greater Western Sydney, smart climate m anagement of green spaces such as parks can make a substantial contribution to reduce urban heat and ensures residents can access the outdoors.”

As part of the innovative project, a network of more than 250 environmental sensors will record soil moisture and air temperature and together with weather forecasts, the data captured will be used to fine-tune the park’s active cooling management.

This project uses only recycled water and represents a large-scale prototype of how smart water management can ease the pressure on our most valuable natural resource.

Park visitors will be able to check on their mobile phones where the coolest spot for a picnic is or where they should exercise.

This article appeared initially in the News section of Western Sydney University’s website on 27 January 2022. It has been republished here courtesy of the WSU Media team. View the original article.

Lead image: Bicentennial Park in Sydney’s western suburbs is about to get a whole lot co0ler. Credit: Sebastian Pfautsch, courtesy of WSU Media.