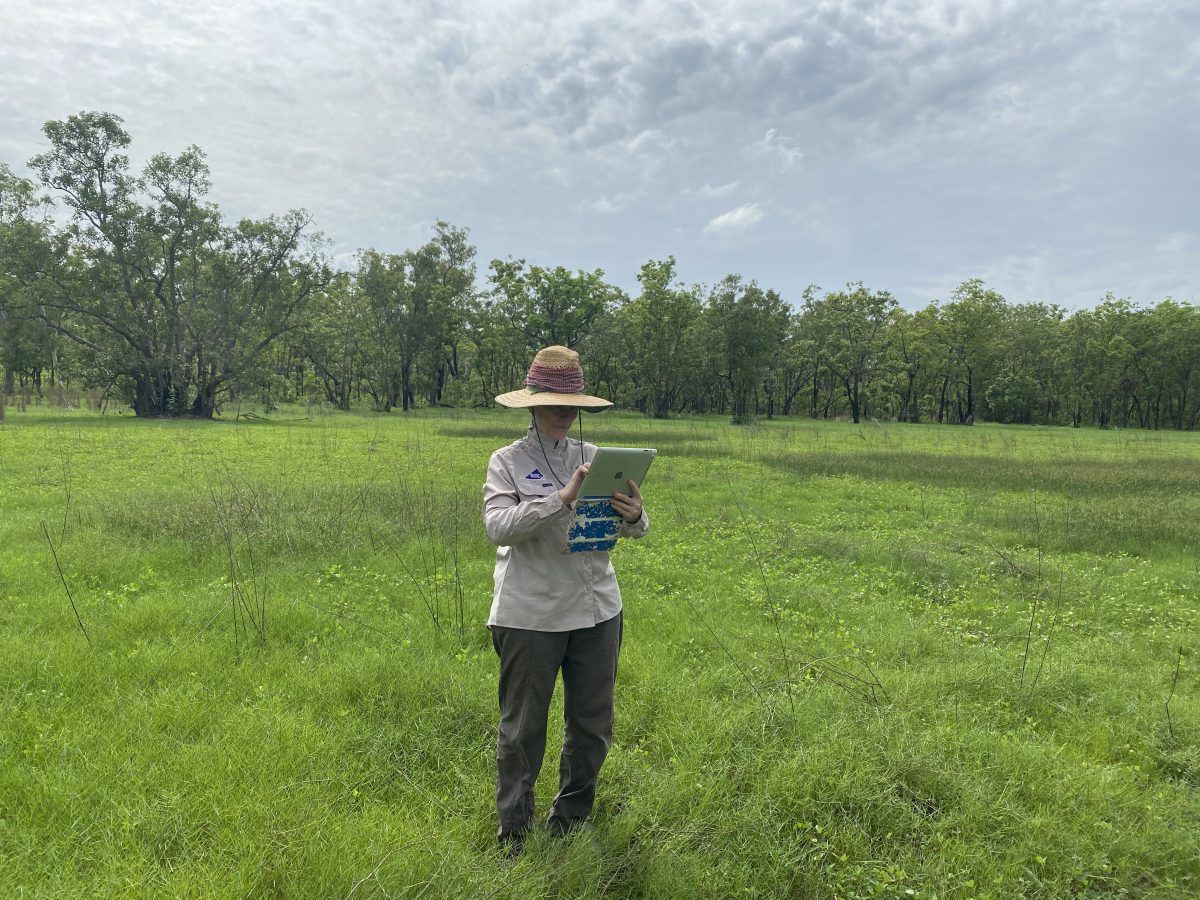 Australian wild rice grows abundantly in natural wetlands in Northern Australia but is not currently marketed at commercial scale.

A high-nutrient, culturally identified food, our native rice has an array of potential high-value markets in tourism, gourmet foods, restaurants and value-added processed products. To date, however, challenging, non-cost-effective harvesting methods, limited cultivation and a lack of specialised processing facilities have kept it largely off the menu.

This is about to change, if a new multi-disciplinary project involving researchers, industry and Indigenous communities across northern Australia – and from as far away as Manitoba, Canada – realises its vision of commercialising this significant native crop for the benefit of the traditional landowners.

A three-plus-year, multi-stage CRC-led collaboration, the ‘Commercialisation of native rice for Indigenous enterprise development: Agronomy and value-adding’ project (otherwise known as the ‘Commercialising native wild rice’ project) will lay the foundation for a native rice industry in northern Australia and evaluate the feasibility of such an industry: the most effective production systems, locations and methods; customised processing technologies; value-adding opportunities and the like – in short, what’s needed to deliver on the project’s overarching objectives.

The project will explore ways to enable the cost-effective commercialisation of this tasty, nutritious, culturally significant and potentially lucrative crop.

In response to increasing demand globally for high-value ‘niche’ foods, Australia has an unprecedented opportunity to produce culturally significant, distinctively native foods such as native Australian rice in commercial quantities – and Northern Australia has numerous natural advantages that could help it meet this demand.

The region faces a number of challenges, however, when it comes to commercialising Indigenous crops such as native rice.

Australian native rice grows in natural wetlands throughout the Northern Territory and Queensland. Currently, it is wild-harvested in minute quantities from watery, croc-infested environs via airboat – an intensive harvesting method that is not economical at scale.

To date, it has not been cultivated at commercial scale; hence, there’s little information on best management practices, from selecting optimal sites, soil, irrigation and cultivation systems to determining the most desirable strains.

Before we can harness the commercial potential of nutritious, delicious Australian native rice, we need to conduct a thorough investigation of best management practices for commercial-scale cultivation and processing of native rice species in Northern Australian environments. This includes assessing agronomic factors such as planting time, water use and nutrients, and cultivation in protected environments.

Finding new ways to harvest native rice under commercial cultivation and increasing the efficiency of native rice processing by developing or customising threshing and milling equipment are other important keys to commercialising this potentially high-value, in-demand crop.

Who’s involved in the project?

The team the CRC has assembled for this project has the collective expertise required to build on previous CDU studies that demonstrated significant potential for establishing a Northern Australian native rice-growing system.

Myera is an indigenous enterprise that works extensively with members of the 350,000-strong Cree tribe – one of North America’s largest groups of First Nations peoples – across Manitoba province in Central Canada. The company has successfully developed advanced cultivation techniques for Canadian native rice and supplies mainstream and niche nutrition products to North America markets. The involvement of Myera Group adds a ‘first-nations collaboration’ dimension to the project, with the potential to forge Indigenous bilateral trade partnerships. Myera is also interested in value additions to native rice.

NT DPIR has been conducting rice trials in the NT and has a research agronomist with more than 25 years of rice-research experience in the Philippines. The Department is making a substantial commitment in facilities and staff.

The university partners have been undertaking research on Australian native rice for more than a quarter century; this includes research into the ecology of native Australian rice, cooking trials and market surveys of tourists and restaurants with Pudakul.

Both the lead universities and the project team are committed to collaborative, co-led project management.

What does the research entail?

Researchers will collect samples of wild-grown populations of Australian native rices, Oryza meridionalis, O. rufipogon and O. australiensis, from wetlands in the Northern Territory and Queensland, for use in cultivation trials.

Under controlled conditions at NT Government research stations, DPIR plant scientists will explore the agronomy of these samples, developing and validating different approaches to cultivating Australian native rice. Meanwhile, native rice cultivation trials will be scaled up under the supervision of CRC-partner Indigenous enterprises in the NT and Queensland. New milling techniques will also be developed to suit native Australian rice.

Samples of different species of Australian native wild rice will be analysed, and comparisons will be made between their nutritional values and those of Canadian wild rice species.

Learnings from Canada’s indigenous-rice industry will be applied to the commercialisation of Australian native rice species as gourmet ‘health’ foods and inputs into high-value nutritional supplements.