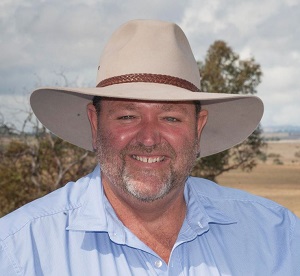 In August 2018, Meralli was named Armidale’s Business of the Year at the 2018 Armidale Regional Business Awards.

An early success was the 9 MW Kanowna Solar Farm near Moree, in north-western New South Wales, which state agriculture minister Adam Marshall referred to at its launch as “what the future could possibly be like right across rural and remote NSW”. Lauded for its ‘cutting-edge’ use of DC optimisers and DC-coupled battery architecture for central inverters, it was alleged to be the first solar farm in Australia to integrate both technologies, and was able to dispatch electricity direct from solar farm or battery in the evening and at peak-demand periods despite connection challenges.

“Due to the farm’s isolated location, engineers have pushed the boundaries when it comes to creating new ways to store solar power and connect to the grid,” Minister Marshall said at the opening ceremony.

“Meralli Solar has pioneered a design and build more efficient than other manufacturers, and has used innovative DC technology to maximise output and battery storage, so they are able to send power to the local grid at times of peak demand.”

The company’s latest project is a community-based solar facility in Mailler and Morgan’s hometown, Uralla. It is designed and configured to be sensitive to its glorious New England environment, with a discreet ultra-low profile (just 80cm above ground) enabling easy screening with vegetation. The 9MW DC facility will cover a maximum of six hectares.

the company has committed to sourcing labour, trades, consumables, food and accommodation for the project from within the local community. Its efficient installation process, which requires no specialised skills and employs minimal labour, and low costs mean it offers a good ROI for investors.

Through Meralli Solar, Mailler and Morgan aim to deliver accessible and affordable renewable-energy solutions for:

Unlike many solar-farm construction firms, Meralli Solar is able to fulfil demand for smaller, cost-effective solar plans in the 1MW-30MW range.