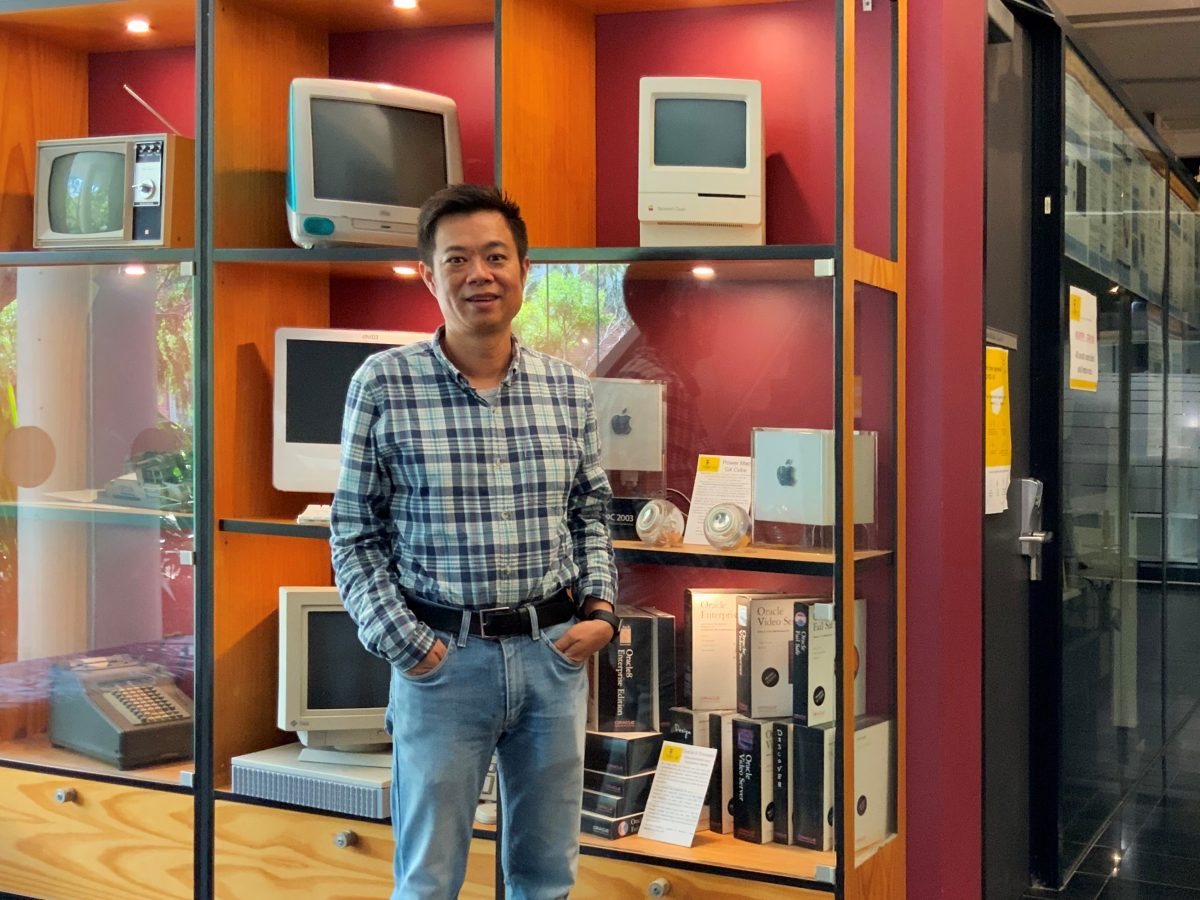 And when it comes to setting up the perfect sensor system by which to monitor and measure specific parameters, inputs or outputs, Internet of Things (IoT) expert and UNSW academic Wen Hu is the go-to guy.

Assoc. Prof. Hu’s research ambition, “to design and implement ‘digital twins’ of cities via (secure) networked-embedded sensing systems”, may be a way off yet, but successively larger projects are bringing him closer to making them a reality.

“Currently, we are working to deploy an IoT system in the Sydney Olympic Park, which will see how our technology scales,” he says. Hu is also the lead on the CRC’s ‘IoT for indoor cropping’ project, a collaboration with Western Sydney University scientists and industry partner WBS Technology.

A talent for networking

Wen Hu’s expertise lies in the field of wireless sensor networks and machine-to-machine communications, or IoT – the area to which he has devoted much of his research career to date.

“I completed my PhD in wireless sensor networks about 15 years ago,” says Hu, now an Associate Professor in UNSW Sydney’s School of Computer Science and Engineering.

Much of Assoc. Prof. Hu’s work since has been focused on developing novel applications of such networks. He’s also led projects exploring low-power communications; security and ‘compressive sensing’ in sensor network systems; and IoT.

Hu’s expertise in networked sensors led to a diverse and vital role with Australia’s Commonwealth Science and Innovation Research Organisation.

Shortly after taking out his doctorate, he joined CSIRO “to develop and deploy industrial [and] environmental wireless sensor networks”, Hu recalls.

For eight years, he was engaged as a principal research scientist and research project leader at CSIRO’s Digital Productivity Flagship. His skill in designing and setting up customised IoT networks saw Hu engaged on important projects “to protect our rainforest ecosystems, improve farming productivity and improve the living quality of elderly people”.

During his time with CSIRO, Hu was the recipient of the prestigious CSIRO Office of Chief Executive (OCE) Julius Career Award (2012–2015) and of multiple CSIRO OCE postdoctoral grants.

Assoc. Prof. Hu is a senior member of ACM and IEEE, was the general chair of ACM/IEEE Cyber-Physical Systems and Internet of Things (CPS-IoT) Week 2020, and serves on the organising and program committees of networking conferences including ACM/IEEE IPSN, ACM SenSys, ACM MobiSys and ACM MobiCOM.

His research findings are published regularly in the top rated sensor network and mobile computing venues, including (but by no means limited to) ACM/IEEE IPSN, ACM SenSys, ACM MobiCOM, ACM UbiCOMP, and IEEEE Transactions on Mobile Computing (TMC).

Hu, however, had another calling: passing on his knowledge of wireless sensor networks and IoT to a new crop of STEM students.

“My main research area is networked-embedded sensing systems – also known as the Internet of Things,” Hu says. “I came back to academia in 2015 to educate the next generation of engineers for such emerging technology, and created a new course – IoT Design Studio – at UNSW.”

With Australia-based company WBS Technology, manufacturers of specialist LED lighting solutions, Hu led a UNSW-based project team exploring ‘smart building’ ecosystems, funded through an ARC Linkage Projects grant. The team developed a wireless platform that linked the trial building’s LED exit and emergency signs to create an IoT system in which the linked LED-lit signs were networked with other devices, enabling information-sharing with ventilation and pumping systems, access doors, and security cameras and sensors. Once installed, each exit sign or emergency light automatically acted as a node in the network, passing information back and forth. The entire networked-embedded system could be controlled remotely via an internet-connected smartphone app.

The IoT technology developed and trialled by Assoc. Prof. Hu and colleagues in that project enables any building to become ‘smart’, capable of monitoring itself, responding to its surroundings and following directives issued remotely.

It’s one example of a networked-embedded IoT network – that is, a network that enables an array of devices, such as lights, home appliances, cars and computers to connect, interact and exchange data with each other and across the internet.

The WBS Tech video below explains the technology in simple terms.

Since 2017, Assoc. Prof. Hu has worked part-time as Chief Scientist for WBS Tech, enabling him to commercialise his research results in smart buildings and IoT.

His research ambition, “to design and implement ‘digital twins’ of cities via (secure) networked-embedded sensing systems”, is as yet unfulfilled, but successively larger projects are bringing him closer to realising.

“Currently, we are working to deploy an IoT system in the Sydney Olympic Park, which will see how our technology scales,” he says.

Monitoring temperature in crowds and crops

The system has a twofold function, Hu explains: “both plant surface-temperature monitoring for the CRC [‘IoT for indoor cropping’] project; and continuous crowd ‘fever screening’ to help stop the spread of COVID-19”.

The latter application will be useful immediately, with the SARS-2 coronavirus pandemic likely to linger for some time, necessitating ongoing mass screening for possible infection.

The new system will use data collected by various networked, embedded sensors to make crop and facility management decisions that can then be implemented by other automated systems. The goal is to enable ‘hands-off’ growing operations, with essential and (currently) labour-intensive indoor cropping tasks done seamlessly and precisely, without the need for human intervention.

In July 2020, they set up sensor networks to monitor key crop inputs and attributes in two of the eight crop-trial ‘rooms’ within Western Sydney University’s state-of-the-art experimental glasshouse. The results of the initial trials are being used to refine the system.

It’s familiar terrain to Hu, whose biography lists a string of successful academics he guided as students, now working across the world at prestigious academic institutions and leading tech multinationals. Indeed, many of Hu’s students have received awards and grants from industrial heavyweights including Google, Apple and Microsoft.

Even off the job, Hu admits to being a geek – he boasts an impressive Pokemon Go collection.

“With my son Lucas, I have a Level 40 account that has some of the most powerful (legendary) and rarest (shiny, 4-star) Pokemon collect[ables],” he says.

Hu’s low-cost, novel IoT systems are equally impressive. And anyone keen to automate their production systems, food factories or agribusiness precincts might want to take note.