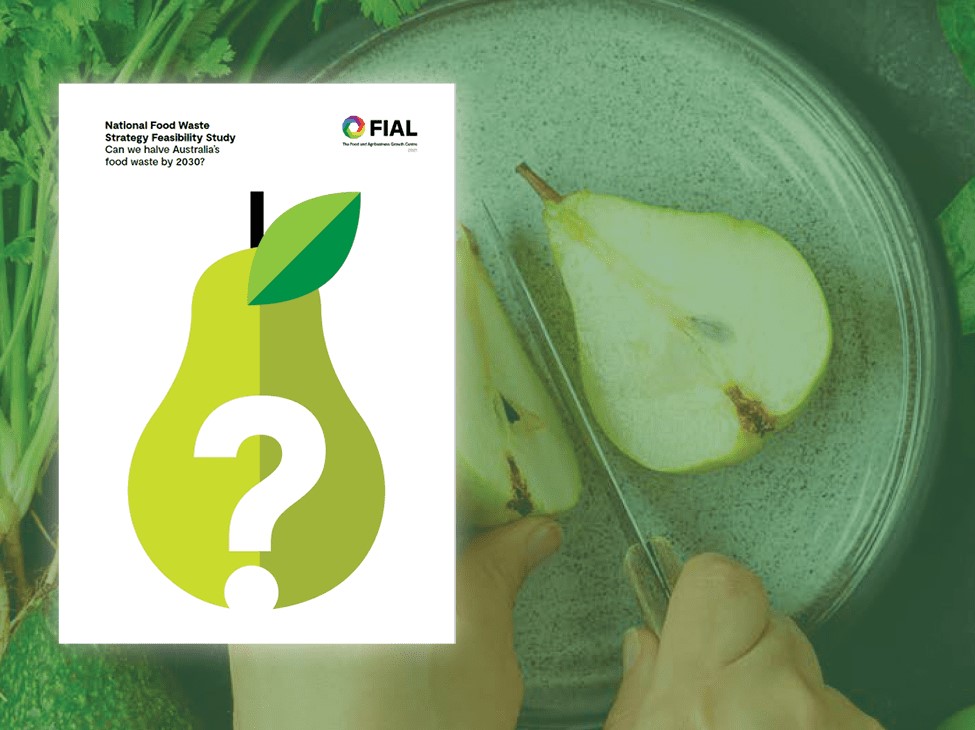 Australians waste 7.6 million tonnes of food annually, with 49 per cent of this occurring between farm and retailers’ shelves, and 51 per cent at the consumer end of the supply chain. Right now, Australian households are throwing away between $2,000 and $2,500 worth of food every year.

The $400,000 National Food Waste Strategy Feasibility Study, announced in July 2020, was funded by the federal government’s Food and Agribusiness Growth Centre, trading as Food Innovation Australia Ltd (FIAL), as a ‘first step’ towards a substantial reduction of Australia’s food waste.

A follow-up to FIAL’s Roadmap for Reducing Australia’s Food Waste by Half by 2030, the feasibility study looked at the nature, scale, causes and impacts of food loss and waste across Australia. Its goal was to ascertain whether the government’s commitment to halve Australia’s food waste by 2030 was possible and if so, what actions would increase the likelihood of achieving this target.

It updates the National Food Waste Baseline, identifying ‘hot spots’ for waste and environmental impacts as well as testing and costing scenarios.

Sustainability consultancy Edge Environment was the lead consultant on the study, alongside an international consortium of individuals and organisations with globally recognised expertise in the fields of food loss and waste. Other companies involved included WRAP, 3Keel and Lifecycles.

The National Food Waste Strategy Feasibility Study findings suggest that halving Australia’s food waste by 2030 is feasible. Doing this, however, will require ‘concerted and unprecedented action by governments, industry and the community’, states FIAL.