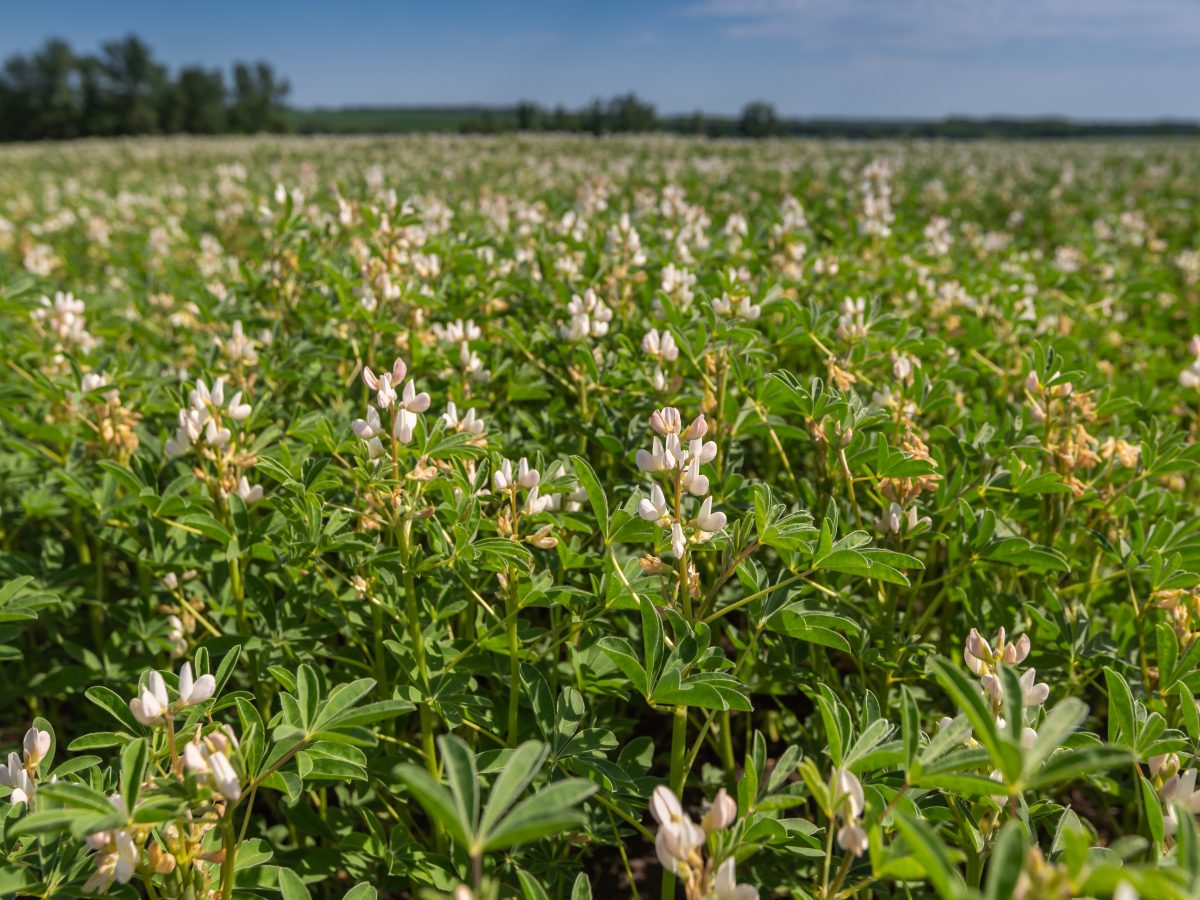 A team of Western Australian crop scientists based at Murdoch University has made what could be a game-changing development for the state’s commercial lupin-growing industry.

The team, from the Western Crop Genetics Alliance (WCGA), a partnership between the WA Department of Primary Industries and Regional Development (DPIRD) and Murdoch University based at the Grains Research Precinct on Murdoch’s Perth campus, published a ‘gold standard’ reference genome for the narrow-leafed lupin, a crop grown widely across the state.

The WCGA team sequenced 21 domesticated Australian and European varieties of lupin and 18 wild accessions from diverse origins. In doing this, they confirmed the long-held hypothesis that rapid cultivation of the crop from a few agronomically suitable varieties led to a ‘genetic bottleneck’ in Australia’s commercial lupin species, Alliance Director Chengdao Li told Farm Weekly in a recent story.

This bottleneck was much narrower in Australia’s lupins than in crops such as wheat and barley that have been domesticated over millennia.

Among the wild species and cultivars, the research team identified around 1.7 million genetic variations (‘polymorphisms’). Some, potentially, are associated with desirable traits: higher yield, disease tolerance, fungal resistance, drought resilience, higher concentrations of protein and other key nutrients and the like.

The team’s findings, which reveal the genetic diversity of the species – in contrast to the narrow list of characteristics present in varieties that have been bred and cultivated in WA since the 1960s – open up new and potentially lucrative opportunities to breed new, high-performance varieties beneficial to growers and health-conscious consumers.

The team’s findings yielded information enabling the design of a genomic breeding and selection strategy that speeds the development of hardier, higher-yielding, nutrient-rich new lupin varieties for human consumption.

“With the use of the reference genome, the genetic bottleneck data and new technology, like gene editing, plant breeders will have the information and tools to develop new species of high-quality lupins directly from wild lines,” Alliance director Professor Chengdao Li told Murdoch University media.

“The research … will help produce new varieties with the highest level of tolerance to the fungal disease in the field. Discovering more about the genetic code for lupin seed proteins may also pave the way to combat the allergen risk in lupin foods and improve protein functionality for food products,” Dr Sweetingham said.

“There has been a shift from a livestock-based protein diet to a plant-based diet to maintain global food sustainability,” Prof. Davies said.

“Whole narrow-leafed lupin seeds contain 32 per cent protein and the kernel has greater than 40 per cent, providing a sound base material [from which] to produce protein foods.”

Unlocking the development of superior lupins I Murdoch University