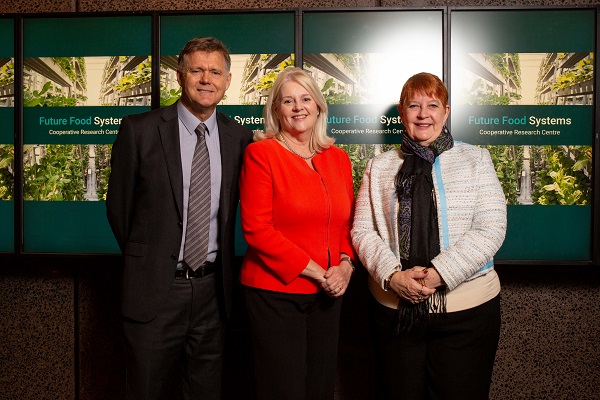 Liverpool City Council has won a Committee for Sydney Smart Cities Award for the third year in a row.

Council was awarded Best Cross-Sectoral Collaboration for its work in agribusiness across three tiers of government, researchers, businesses and farmers.

Liverpool Mayor Wendy Waller said agriculture and food production were vital to the future of the region.

“We have the perfect opportunity with the development of Western Sydney International Airport and the Western City Aerotropolis to include a new food precinct,” Mayor Waller said.

“Agriculture has been an important part of Liverpool’s economic output since before its formal establishment in 1810. Today, it supplies poultry and eggs, vegetables, flowers and dairy to the Sydney market and beyond.

“We need to build community understanding that intensive agricultural production in a semi-urban environment is very different to the familiar view of agriculture in Australia.

“With NSW Farmers, our Council has been a driving force among more than 60 partners in the newly-formed Future Food Systems Cooperative Research Centre, which was awarded $35 million in Federal Government funding earlier this year.”

Council is also working with NSW Department of Primary Industries and The Western City and Aerotropolis Authority, examining what a world-leading agribusiness precinct might look like, and how it can provide local job opportunities for the community.

“We look west to our rural lands for their productive and sustainable potential, not just suburbs in waiting,” Mayor Waller said.