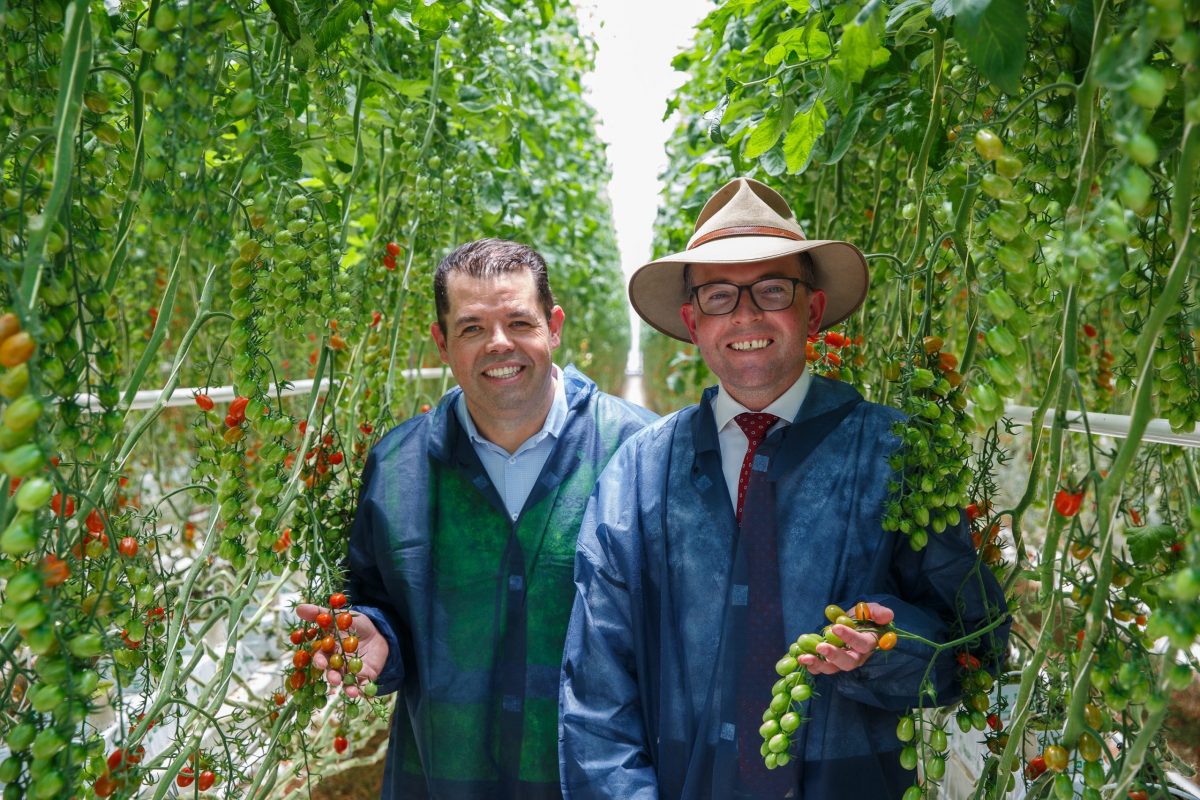 It extends the footprint of the firm’s Guyra glasshouse complex to more than 40 hectares – the largest such growing facility in the Southern Hemisphere – and will boost the facility’s total annual tomato production to more than 18 million kilograms.

It is expected to create hundreds of full-time equivalent jobs, delivering long-term economic benefit to the region.

“In 2016, Costa’s output at Guyra was around 2.5 million kilograms. Fast-forward six years and it now has capacity to produce 18 million kilos of tomatoes per annum,” Mr Marshall said.

“This level of private business investment is not often seen anywhere in rural and regional NSW, let alone the creation of another 160 jobs in one single project.

“The first of the new glasshouses is now in full production, but once the second comes online in 2022, the total workforce on the site will grow to more than 800 people.”

The Minister congratulated Costa Group on its completion of the expansion despite challenging conditions.

“The construction of the new glasshouses has been anything but smooth, with the drought and COVID-19 pandemic causing disruptions,” he said.

“Despite these unavoidable setbacks, two state-of-the-art five-hectare glasshouses have been delivered.

“The use of innovative closed water capture systems and large water storages onsite will future-proof production against future dry times, protecting both produce and jobs.

“I thank Costa Group for its commitment to seeing the project through and I look forward to seeing the economic benefits of the Guyra Tomato Exchange continue to flow into the households of our region.”