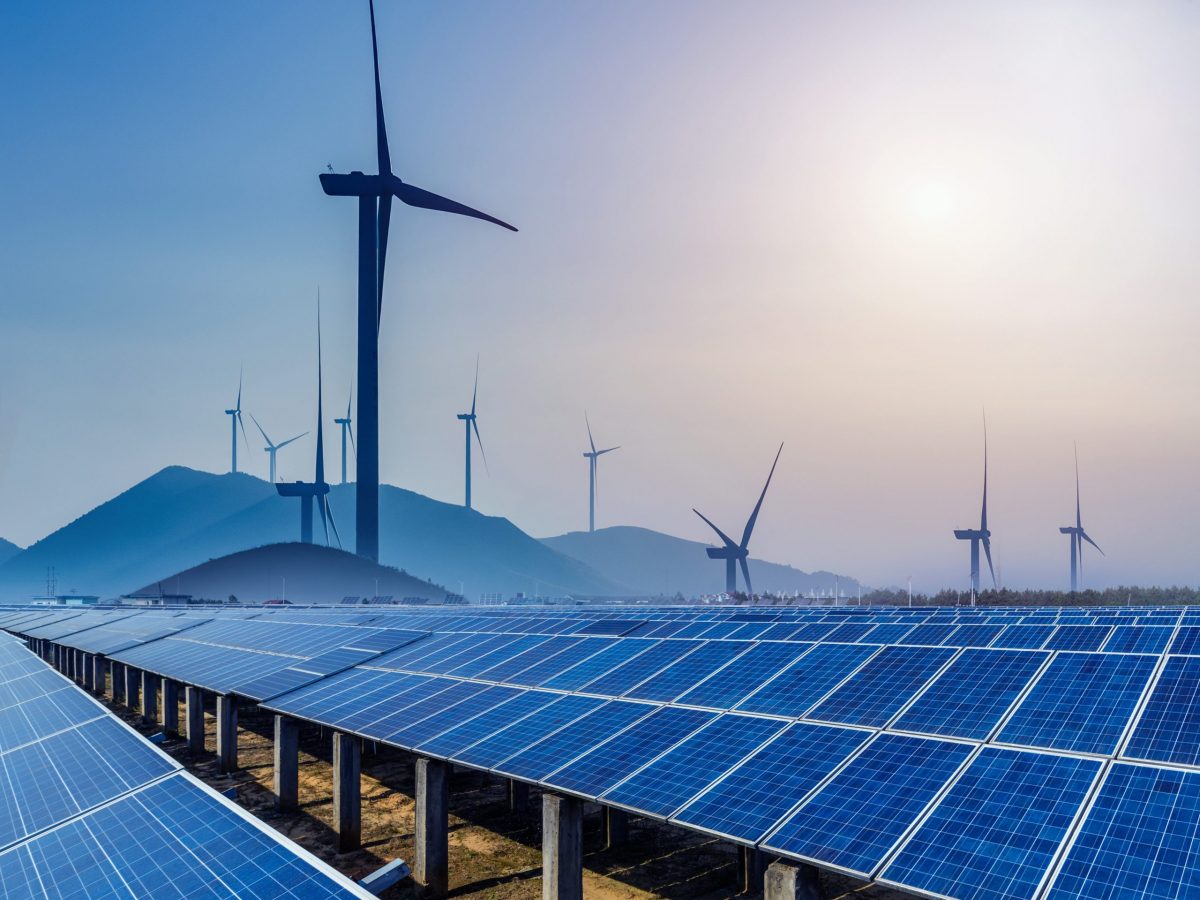 Are solar and wind the cheapest forms of energy? And other FAQs about renewables

Renewable energy is often hailed as ‘the future’, but some might also wonder why it’s not already here yet.

Wind farms, solar arrays, pumped hydro and electric vehicles are not brand new technologies – and yet, across Australia as a whole, fossil fuels still accounted for around 76 per cent of all energy produced in 2021.

However, Professor Alistair Sproul, Head of School of UNSW’s School of Photovoltaic and Renewable Energy Engineering (SPREE), says the plummeting cost of producing renewable energy now makes it inevitable that burning coal and gas will soon be consigned to history.

Professor Sproul says basic economics will be the tipping point in the switch to renewables – and that the energy revolution will be completed much quicker than many expect.

“We can and will make the transition to 100 per cent clean, green, renewable energy and it won’t cost the earth,” he says.

“The dollars and cents are on our side now and the market is changing before everyone’s eyes, so I think it will likely happen faster than most people might think.

“Companies who are invested in coal were perhaps thinking they were viable for the next 10 to 15 years, but now they are losing money hand over fist – and that becomes the driving force behind some of the changes.”

But she also says that people’s personal choices will help accelerate the switch away from fossil fuels.

“Solar energy is now incredibly cheap to produce, so if you can use it, you should,” Prof. Egan says.

“Ultimately, we need to retire our fossil fuel plants, and people should have optimism that they can make a difference by changing the way they heat and cool their houses, or switching to an electric vehicle. All those choices have an impact.”

Here, Prof. Sproul and Prof. Egan help to answer some frequently asked questions about renewable energy both past, present and future.

Why are we not at 100 per cent renewable energy already?

The major reason is the sunk costs in the existing infrastructure which has been in place for many years.

But in the last 10 years the data shows there has been a growing reluctance to invest more money into that old infrastructure, and an increasing awareness that the future will be fuelled by renewable energy.

Building an entirely new energy industry takes time and it has indeed taken decades to grow renewable energy from virtually nothing to around 24 per cent of electricity production in Australia in 2021.

And while solar and wind are now competitive, there remain some engineering and market challenges before we can be 100 per cent renewable. None of them insurmountable.

Will we ever have 100 per cent of energy in Australia come from renewables?

Yes, and it is likely to happen much faster than most people expect.

Building solar and wind power energy systems is cheaper than any other option in 2021, and they are predicted to ultimately produce far more electricity than is currently demanded.

Any extra energy can then be exported or used to produce green hydrogen, which is expected to also play a part in the overall energy market of the future.

Australia is very well placed to deal with the problem of intermittency – which is the term used to describe the fact that renewable energy can often only be produced in certain specific conditions, such as when it is sunny or windy.

One major reason is the existence of the National Electricity Market, one of the longest interconnected electricity grids in the world, which links Queensland, New South Wales, ACT, Victoria, South Australia and Tasmania.

That means when it is sunny in Brisbane, the power can reach Melbourne. And when it is windy in Adelaide, the electricity is available in Sydney.

Australia’s weather systems also play a big part. Tasmania already produces 98 per cent of its required power from renewables, and South Australia met its entire electricity demand thanks to solar power for a period of one hour in October 2020.

What about other countries where it’s not as sunny, or windy?

Each region and each nation across the world will use different renewable resources depending on their location and which best suits them.

Having enough available land space can be an issue for some countries, but Japan and Singapore are solving this problem by building offshore wind farms.

Alternatively, companies such as Sun Cable are building intercontinental power grids which mean that solar energy produced in Australia, for example, can be exported across South-East Asia.

What about energy storage? Isn’t that a problem with renewables?

Ten or even five years ago traditional lithium-ion batteries were the main technology available for storing energy, but were largely too expensive and too inefficient to be used at any kind of scale.

However, technology often moves with markets and developments in batteries have been growing in pace as renewable energy production has increased globally.

There are now many battery technologies being developed for all different types of purposes. Some will be better suited to longer-term storage of commercial renewable energy, while others will be ideal for home usage or to power electric vehicles.

As the technology improves, the prices are also expected to fall. Even traditional lithium-ion batteries have fallen in price by 97 per cent since 1991 when comparing cost per kilowatt-hour capacity.

Is renewable energy really the cheapest form of energy?

The basic and simple answer is yes.

For one, research and development – such as that undertaken at UNSW – has resulted in cheaper and more efficient renewable energy technologies.

It is now much more cost-effective to build and run a wind farm or solar array, rather than a new fossil-fuelled power plant.

Once a wind or solar farm is in place, the generation of electricity from them costs virtually nothing. That obviously is not the case when coal and gas has to be continually extracted from the ground to provide power, as has been the case historically.

A 2021 report from Bloomberg New Energy Finance calculated that electricity from a brand new wind farm would cost $80/MWh to produce. That’s in comparison to $116/MWh from a new gas baseload power plant, and $143/MWh from a coal-fired power station.

If renewable energy costs much less, won’t we all then just use more energy?

Since 2008, electricity consumption across Australia has actually dropped, due in part to improved efficiency of devices.

There are still lots of improvements that can be made with regards to efficiency of such things as high efficiency air conditioning units, the heating of swimming pools using solar energy, and building regulations for houses – which will mean even less energy being used.

On the other side, world-leading research at UNSW on photovoltaic cells used in solar panels means we can expect much more than the current average of 25 per cent efficiency, ensuring that the same sized panels could produce a lot more energy in the near future.

But, in any case, some advocates of renewable energy argue that if it is extremely cheap and extremely green, then why should anyone care if more of it is being consumed?

This article was published initially on the UNSW website on 8 September 2021. It has been reproduced here, with minor editorial amendments, courtesy of UNSW Media. View the original article.

Lead image: Renewable energy sources accounted for 24 per cent of electricity produced in Australia in 2021, but that figure is set to rise sharply in the future. Credit: Shutterstock