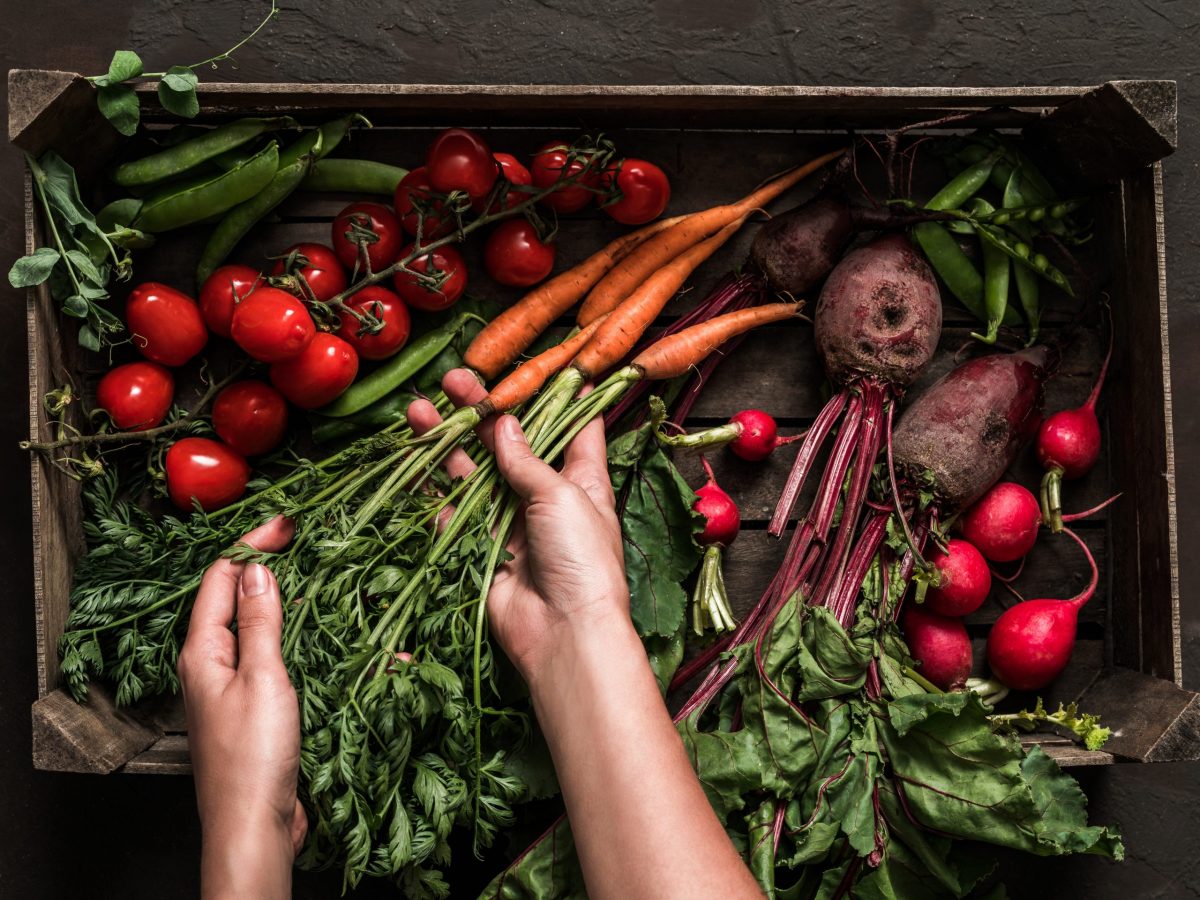 As consumers, we’ve been conditioned to believe that organic foods are free from hormones and pesticides. Walk into any supermarket, you will find fresh produce, canned foods, poultry, and even personal hygiene products labelled as ‘organic’.

But what does buying organic produce really mean?

Food and health expert, Associate Professor Jayashree Arcot from UNSW School of Chemical Engineering, says organic farms are only certified after they have been operating under organic principles for three years, and must pass an audit and review process.

“As consumers, we know that generally, organic foods are grown and processed without synthetic chemicals. Animals are raised without growth hormones or antibiotics on a 100 per cent organic diet,” she says.

“However, what the consumers see labelled as organically grown food may not be organic, unless it has been certified.

“In the market, there are pesticides approved for organic agriculture – these are supposed to be low in toxicity compared to pesticides used in conventional farming.

“So just because you sell it as organic, it doesn’t really mean it’s pesticide free.”

The proof is in the soil

Unlike conventional farming practices, organic farming does not use synthetic chemical intervention. Instead, it focuses on sustaining the natural state of the soil, often implementing practices such as crop rotation which involves changing the crop after every harvest.

This traditional agriculture method maintains the biodiversity of the soil. For crops to flourish in an organic environment, A/Prof. Arcot says, the soil needs to undergo nitrogen fixation and farmers can achieve this by first growing pulse crops.

“Pulse crops, such as any type of legumes, are highly nitrogen-dense so they effectively feed the soil the nutrients it needs,” she says.

“After harvest, the soil is nourished with nitrogen, and this provides natural nutrition for the next crop to grow.”

In Australia, the levels of agricultural and chemical residues that are allowed in domestic and imported foods are set by Food Standards Australia and New Zealand (FSANZ).

A/Prof. Arcot says even though pesticides are used in conventional farming, the levels in our fresh produce are considered safe and are not high enough to be detrimental to our health.

“Australian fruits and veggies have very low levels of pesticides, in fact, even much lower than the minimum levels set by the Environmental Protection Agency in the US,” she says.

“It’s been shown that the levels of pesticides found in the produce we eat is actually a hundred times lower than the smallest dose that could be harmful to lab animals.

“So, people should not be alarmed if they do not purchase organic products.”

Food labelling should help consumers make an informed decision, but it can often leave them even more confused.

In Australia, there is no mandatory certification requirement for organic produce sold domestically to consumers. Despite this, many organic businesses and farmers opt for organic certification anyway to boost consumer confidence.

While Department of Agriculture, Water and the Environment is responsible for any issues concerning organic policy matters, organic certification is owned and managed by private organisations approved by Australian Biosecurity and Inspection.

So where does that leave consumers?

“Many products carry a symbol or logo to show that they are certified organic but that is not always the case,” says Assoc. Prof Arcot.

“Unless it’s certified by one of these organisations, there is no way of guaranteeing the authenticity of organic produce sold to consumers.

“The onus is on us, as consumers, to do our research before buying.”

Out with the old, in with the new

If a non-organic farm decides they want to transition to organic farming, even though they may pass the certification requirements, it can still take a long time for the soil to transition, Assoc. Prof. Arcot says.

“It takes longer to convert a conventional farm into an organic farm as the soil will reflect non-organic material in the conventional plots for many years,” she says.

“Even if you stop today, it doesn’t mean that your crops would magically turn into pesticide-free produce the next year – these processes can take years.

“The certification process needs to continue auditing even after farmers meet the National Standard of Organic and Biodynamic Produce.”

If organic foods can still contain pesticides, why are consumers still paying a premium?

“Organic foods are generally more expensive because organic farming is labour-intensive and there are much higher input costs,” says Assoc. Prof. Arcot.

“If you’re not using pesticides or herbicides to ward off pests, then farmers need to do everything manually – that increases cost.”

But Assoc. Prof. Arcot says despite the low risks that pesticides pose, there are still good reasons for buying organic foods.

“A recent review on the effect of consumption of organic foods on health shows that there may be a reduced risk of allergic disease and of overweight and obesity,” she says.

“But the study was ultimately inconclusive as consumers of organic foods tend to generally have healthier lifestyles which could confound the evidence.

“However, I believe the biggest winner is our environment. While organic farming typically has lesser yields, it has a smaller carbon footprint compared to conventional agriculture which is a large emitter of greenhouse gases.

“So, long-term there are health benefits to people if we reduce any emissions in our atmosphere.”’

This article was published initially by UNSW Sydney’s Newsroom. It has been republished here courtesy of UNSW Media. View the original here.