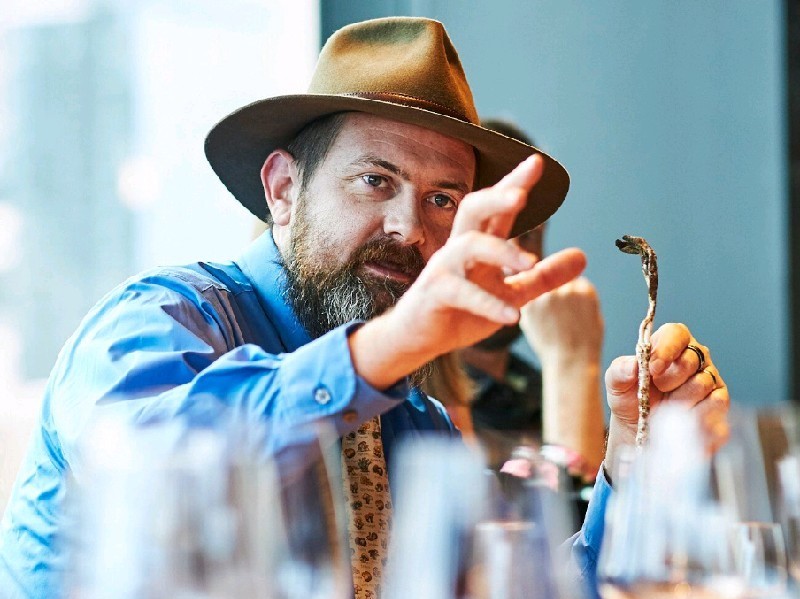 “I have been colonised by mushrooms – it starts way back with chemical engineering and fine dining, my early career. I was a very scientifically minded chef. I started idolising and emulating Heston. So science, chemicals and food are things I’m passionate about,” Fuller said in the podcast.

Fuller was waiting for an Australian visa when he decided to go live and work on a mushroom farm in Northern California.
“We grew six different culinary and 47 different nutraceutical species of mushroom – it fed right into my chemical engineering brain,” he said.

“I ended up learning all about the evolutionary history…and ecology of mushrooms. And hunting some of the most expensive mushrooms on the planet.”

Then the visa came through.

Listen to the 40-minute podcast on Spotify.

Or on Apple Podcasts.

Source: Big Mushroom Jim I Heston’s Journey to the Centre of Food podcast