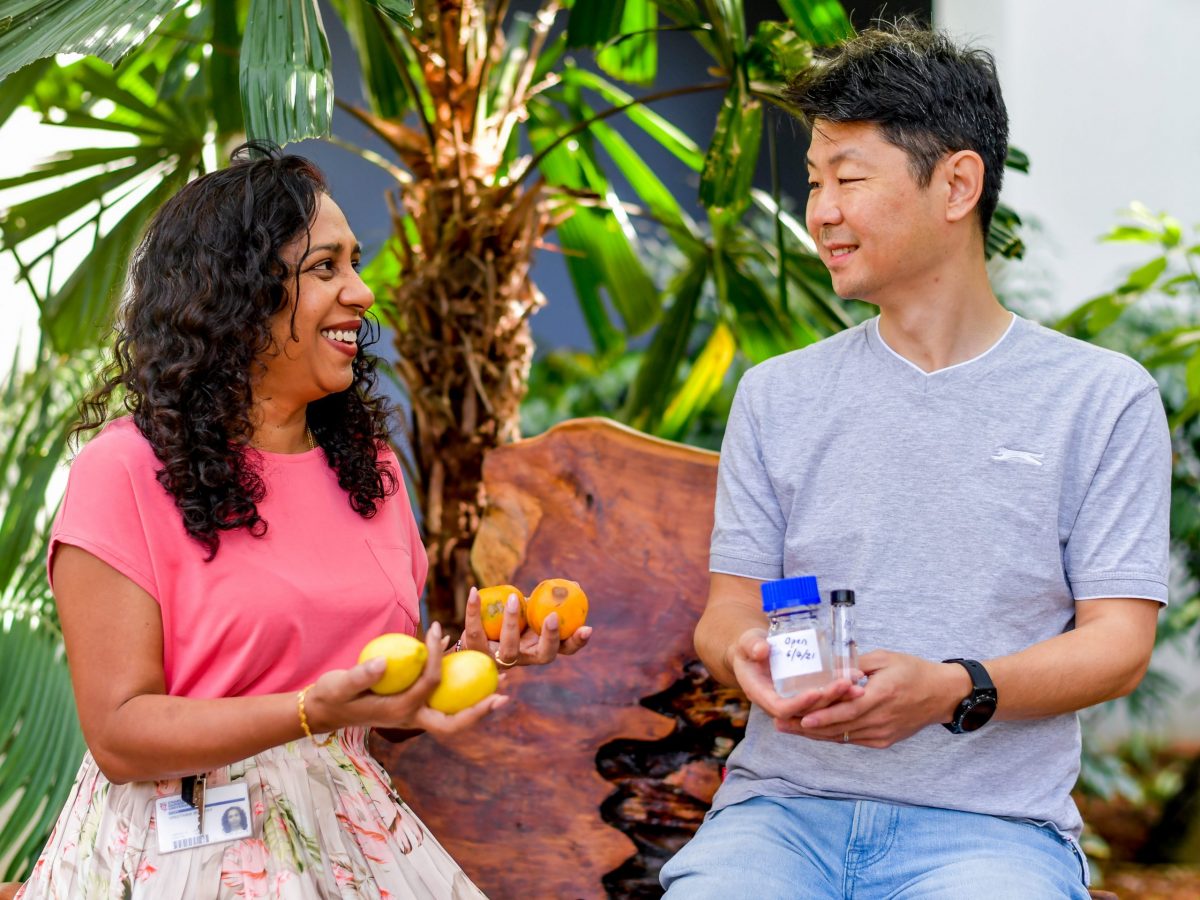 It was eradicated three years later and now thanks to work done by CDU scientists, the Northern Territory is well prepared should the disease return.

CDU Senior Lecturer in Chemistry at CDU’s College of Engineering, IT and Environment, Dr Vinuthaa Murthy said the project set out to determine the volatile organic compound profile of the infected citrus plants at CDU’s Yellow 2 labs using a gas chromatography mass spectrometer.

“We analysed and identified key chemical compounds that were emitted by different citrus varieties in both infected and non-infected plants. We were then able to develop the chemical composition of the scent blend to make an artificial lure which is used to train detector dogs,” Dr Murthy said.

Detector dogs can discover the disease before symptoms are visible to the human eye. The dogs can also search large farms and orchids very quickly, compared with previous methods.

Citrus canker attacks lemon, lime, grapefruit, mandarins, and native citrus plants, causing the fruit to drop to the ground before it ripens. Crops are destroyed, income drops, and jobs are lost.

“It was a challenging and exciting project to be involved in, and extremely satisfying, because not only does our work help protect the citrus industry, it has the potential to detect all kinds of biosecurity threats,” Dr Murthy said.

This article was initially published originally on 7 July 2021 in Charles Darwin University’s eNews. It has been republished here courtesy of CDU media. View the original story.