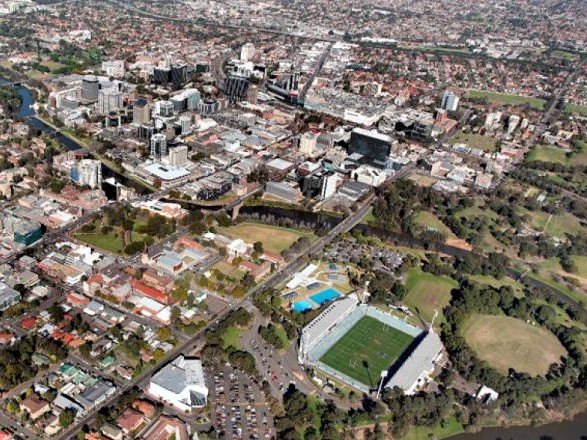 First launched in 2014, the newly revitalised Centre for Western Sydney at WSU will be a hub for research, policy and advocacy.

The Centre will address issues affecting one of the fastest growing regions in the nation in collaboration with industry, government and the Western Sydney community.

The Centre for Western Sydney’s incoming Director is Dr Andy Marks, also Assistant Vice-Chancellor at Western Sydney University. In late November, Dr Marks spoke with WSU media about the Centre’s work, which he said will be done with the region’s ‘complexities and diversities’ in mind, and will be focused on finding solutions to pressing issues for the region including climate change, employment, education and infrastructure.

“Many areas of Western Sydney are particularly exposed to the impact of the current recession due to pre-existing inequities compared to the rest of Greater Sydney. Access to employment, education, health services, transport and digital connectivity remains fragmented for a great number of people in the West,” Dr Marks said. “Those challenges have been compounded in recent months.

“The scale of the challenge requires a renewed approach,” he noted. “The Centre will deliver solutions-orientated change through quality research and advocacy.

The new Centre for Western Sydney will actively promote collaborative and cross-disciplinary research and advocacy for the region and its people.

The Centre’s work will produce analysis, commentary and policy engagement on issues of importance to the Western Sydney region. Part of its output will be a regular ‘Western Sydney Report Card’ that evaluates the performance of governments across eight areas of importance to the region’s development: digital connectivity, economics, education, health, housing, social and cultural issues, and transport.

“Undertaken by leading experts from a range of fields, the Centre’s work will promote the lived experiences of the people and communities of this region,” Dr Marks said.

“Western Sydney is experiencing rapid development and population growth. As the nation’s third largest economy and its most intensely contested political landscape, the West is often talked about but rarely is it actually listened to.

“The Centre seeks to change that, through meaningful dialogue, high-quality research, genuine collaboration and committed advocacy,”.

For more information, visit the Centre for Western Sydney website.