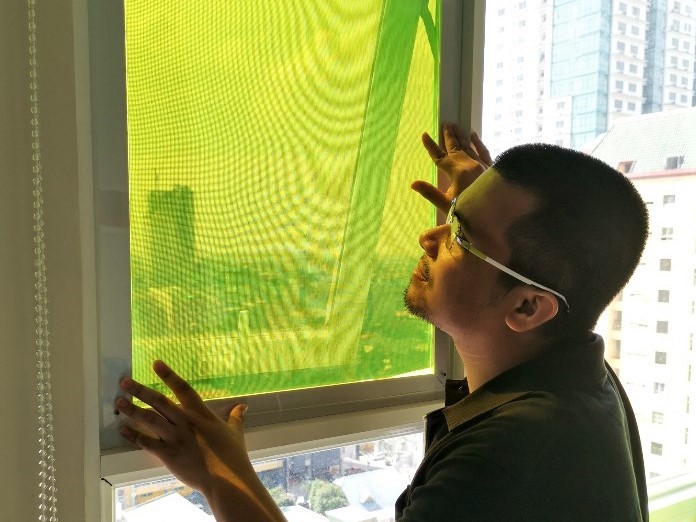 Ingenious renewable power system based on upcycled fruit and veg

Carvey Maigue’s invention was one of 1,800 that poured in from youthful innovators and design engineers in 27 nations across the globe. All delivered on British inventor, industrial designer and entrepreneur Sir James Dyson’s https://www.britannica.com/biography/James-Dyson brief: to ‘design something that solves a problem’

From these 1,800, 20 became designated finalists, vying for the three Dyson Awards: the overall James Dyson Award and Runner-up Award and, for the first time in 2020, an award for sustainability.

The ingenious low-cost panels can be used to create ‘vertical solar farms’ that can be sited in urban centres. Because AuREUS captures scattered UV, it can produce electricity even when arrays aren’t facing the sun, increasing solar-harvesting density tenfold and making the technology ideally suited to city skyscrapers.

Further boosting their sustainability credentials, Maigue’s technology helps to support local agricultural producers by allowing them to upcycle what would otherwise be wasted crops

How does the AuREUS system work?

Both the devices based on Maigue’s AuREUS system, which is based on the phenomenon that causes aurorae – including the Aurora Polaris (polar), Borealis (Northern) and Australis (Southern) lights.

Aurorae are a natural light show that results when high-energy (gamma or UV) particles are absorbed by luminescent particles, then re-emitted as low-energy particles – visible light – thanks to internal reflectance.

Maigue took high-energy luminescent particles similar to those that cause aurorae from candidate fruits and vegetables, selecting just nine of 78 varieties tested as promising candidates for the technology, and suspending these in resin substrate.

The video below provides a simple explanation of the winning AuREUS system.

How did Maigue develop the AuREUS technology?

The idea for the AuREUS system evolved following numerous pivots and iterations from ‘the simple idea of wanting to capture UV light to better the solar technology industry and contribute to creating a sustainable and regenerative environment’.

Unlike conventional PV cells, which are incapable of capturing high-energy UV light, the AuREUS technology is based on developing materials possessing this capability. While Maigue’s initial trials were less than successful, he found a ‘workaround’ inspired by Aurora Borealis: degrading UV first to visible, then to electricity (DC power) via a two-step process similar to that by which solar wind radiation creates Aurora light), capturing the photons later using conventional photovoltaic (PV) cells.

While Maigue considered quantum-dot technology as a candidate for mediating the light degradation process, that technology proved prohibitively costly, with a longer, more challenging path to market. Serendipitously, in 2019, he had a ‘Eureka!’ moment in a Filipino pub prompted by glowing neon plates exposed to UV blacklight.

An academic thesis and several prototypes proving concept feasibility followed. In 2020, Maigue put the final piece of his novel, cost-effective renewables technology into place, realising the potential of using local fruit and vegetable dyes as key particles for enabling the AuREUS technology.

How is it a ‘game-changer’?

AuREUS uses cheaper materials than quantum-dot technology. The system has been applied and tested for mech and acoustic properties for building settings. And the new system, unlike conventional solar panels, can function without directly facing the sun, relying instead on UV scattering through clouds and bouncing along walls, pavements and other buildings, making it highly applicable for skyscrapers in urban settings. While special films commonly used on commercial-grade windows to reflect UV light away from building, resulting in induced UV exposure to people outside, AuREUS’s Borealis Solar Window and Astralis Solar Wall panels absorb UV light, protecting people inside and outside the building. And of course, AuREUS upcycles surplus fruit and veg scraps, contributing to the circular economy.

What’s next for AuREUS?

Maigue intends to conduct additional research on boosting extraction of luminescent particles sourced from natural dyes made from upcycled fruit and vegetables, rather than chemical ones, from the current 80% to 100 per cent. Of the five colours used to produce AuREUS panels – red, orange, yellow, green and blue – he’s yet to find a stable plant-based blue-dye alternative. AuREUS also hopes to increase its manufacturing rate from the currently production rate of 30 panels a month. Maigue plans to use the prize money to form a production team and facility to boost current capacity, and to develop a chassis to enable solar-powered transport.