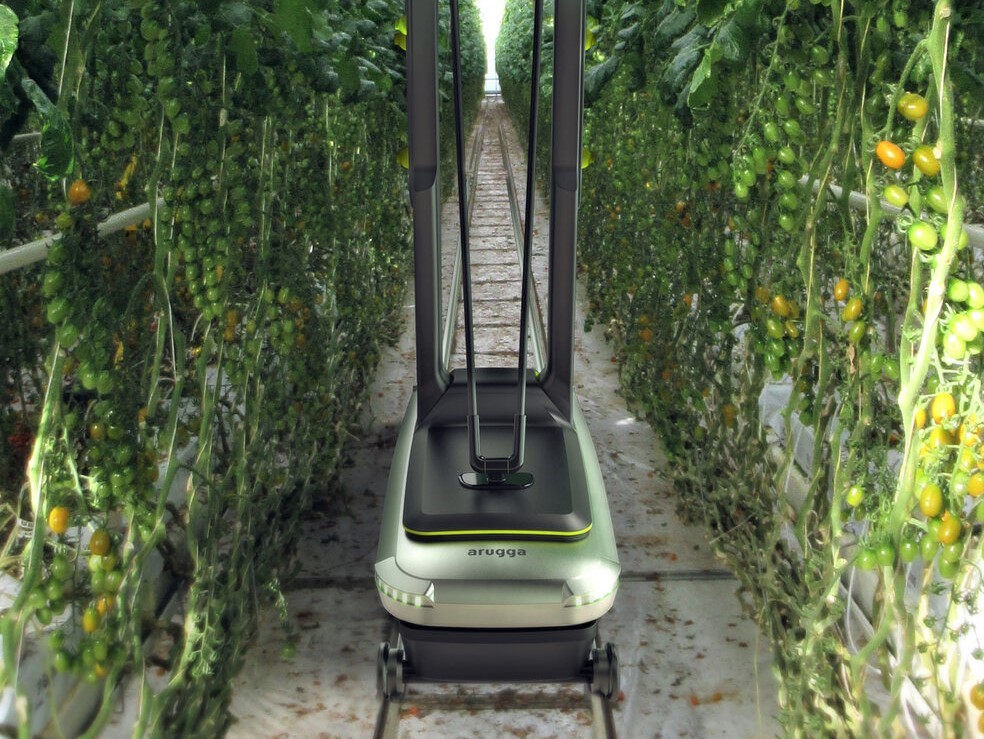 TRATA works by driving itself along the rows, using AI to locate tomato flowers ready for pollination, then sends air pulses that vibrate the flowers “in a very specific manner to imitate buzz pollination as performed by bumblebees”, Geltner explained.

In the first instance, the company is focusing on pollinating tomatoes, Geltner said, but Arugga is looking to apply robotic pollination method to other greenhouse crops.

“The greenhouse sector is huge and growing around the world at a steady pace of more than five per cent a year,” he told ABC News.

“As far as we know, greenhouse farming is the fastest growing [agricultural] sector in Australia, so we’ve started with Costa in Guyra, but later on will look to work with other growers.”

Arugga is currently developing additional modules that can be mounted on TARGA alongside the pollination module to to help growers solve ‘costly and challenging’ issues including labour-intensive pruning, pest and disease detection and yield prediction.