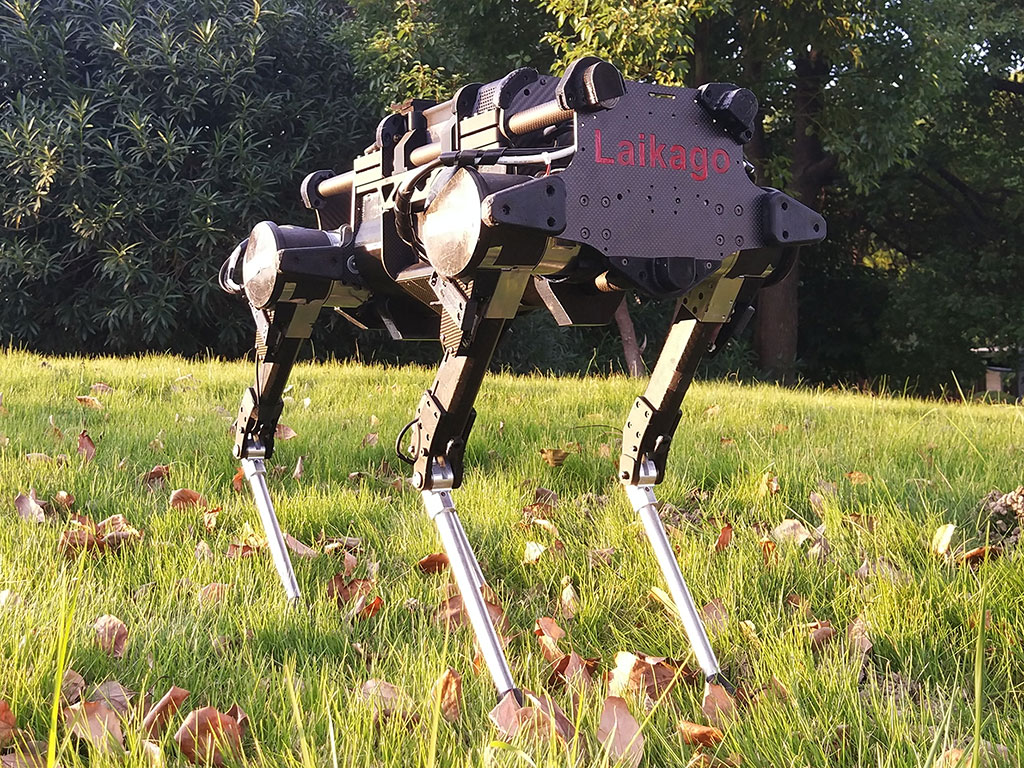 A new system being trialled by Google on a robotic dog called Laikago ‘could represent the first steps (sorry) toward robots that learn to move not thanks to exhaustive coding, but by watching videos of animals running and jumping’, says WIRED writer Matt Simon in this fascinating read.

The learning system is being trialled on Laikago, a robotic canine designed by Unitree Robotics as a research platform. Laikago, claim its makers, can ‘walk on uneven terrain, climb hills, and remain stable even when kicked’.

But while Spot’s every move has been coded, the way Google’s AI experts are teaching Laikago is fundamentally different; here, the outcome is arrived at by the robot itself by way of advanced computer learning.

Google’s AI experts translated the motions of dogs caught on video into digital versions using Laikago, the robotic dog’s structure and introduced these algorithms into Laikago’s program. Laikago then made repeated attempts to simulate that motion, gradually approximating the digital template using the feedback it received after each attempt.

While not particularly stable on uneven surfaces, Laikago post-training was faster and more naturalistic than the manufacturer’s version, and could even chase its own tail.

The new system has a way to go – we may not be seeing robotic K9s helping us round up sheep for a while yet – however, some thorny ag-robotic challenges could, potentially, be met by this way of teaching robots skilled, naturalistic motion.

And another thing: it eliminates the need for complex, laborious, costly coding.

Source: How a Real Dog Taught a Robot Dog to Walk I WIRED magazine