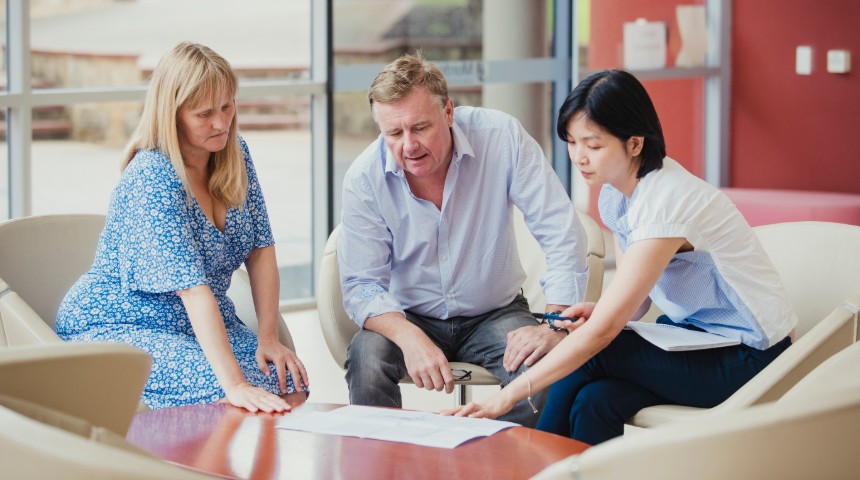 Bruker and Telethon back major children’s health project at ANPC

The three-year research project aims to improve our understanding about potential links between the internal and external environments of infants and young children and the onset of major diseases and other conditions, including allergies, obesity and mental illness, down the track.

Backed by Bruker and Telethon, the project will be undertaken by a team of metabolic phenotyping experts at Murdoch University’s Australian National Phenome Centre (ANPC) led by Professor Jeremy Nicholson, ANPC Director and Pro Vice Chancellor of the Health Futures Institute, and Professor Elaine Holmes, Premier’s Fellow and Director of the Centre for Computational and Systems Medicine, both formerly of Imperial College, London.

Professor Nicholson said environmental factors operating during pregnancy and following birth “can cast a long shadow later into an individual’s life”. To date, however, there has been insufficient research into the metabolic and immunological development of children.

“We believe there are phenotypic predictors of non-communicable diseases in early life which reflect early environmental exposures and behaviours – of both mother and child – including nutrition, sleep, physical activity, outdoor interactions, stress, and other exposures,” Prof. Nicholson told Murdoch University News.

“As a result, we believe specific phenotypic abnormalities may be identified that can be targeted by new interventions and prove valuable as monitoring tools in interventional trials.”

“Many actions taken during pregnancy, or in the first weeks after a baby is born, set lifelong patterns for metabolic behaviour. The recognition of early life exposures as prime causal determinants of life-long health, and indeed, the health of the next generation, has tremendous potential to improve population wellbeing.”

Professor Elaine Holmes, Premier’s Fellow and Director of the Centre for Computational and Systems Medicine at Murdoch University, explained that the project “will identify appropriate analytical methods to undertake reliable infant phenotyping, given the volume-limited sample sizes typical in children’s samples … enabl[ing] us to … generate phenotypic profiles.

“This will help us to characterise the impact of the maternal and early life environment on downstream health,” she said.